By Amy Lamare on October 28, 2015 in Articles › Entertainment

Mega churches tend to get a bad name and for good reason. They are plagued by the greed of their charismatic founders. Singapore's City Harvest Church is no exception. Its founder and pastor, Kong Hee, was recently found guilty of spending $37 million of the church's funds on his wife Ho Yeow Sun's pop star career. I wonder how he explained that to his god?

Ho, who is also a co-founder of the church, performs under the stage name Geisha, and is one of the biggest pop stars in Singapore.

After Pastor Kong Hee was found guilty, Ho made a plea to church members on her husband's behalf asking them for their continued support. She wrote on the church's website:

"Thank you for your unwavering faithfulness in loving God and loving one another. More than ever before, let's have a unity that is unbreakable." 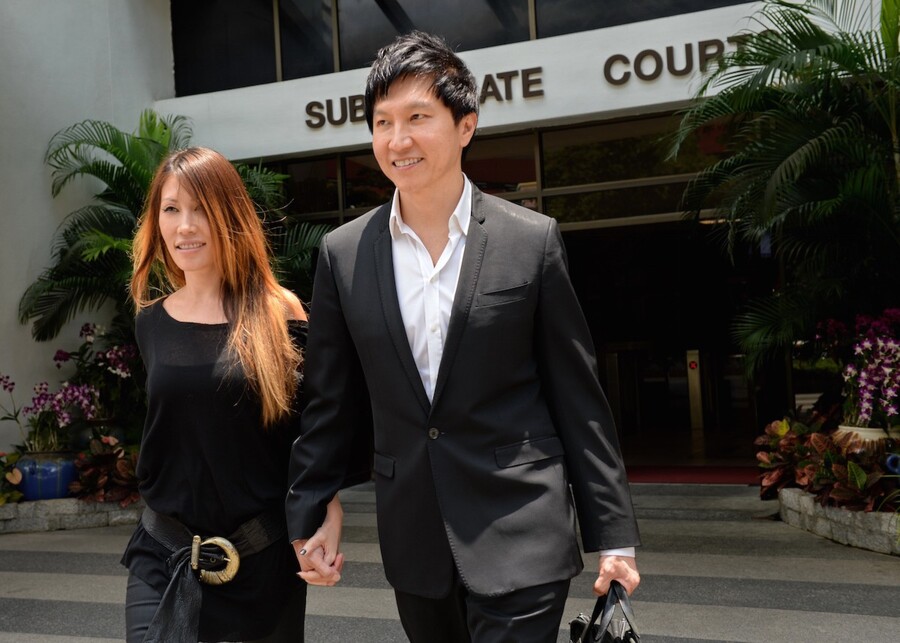 The City Harvest Church is well known for its slick image and wealthy brand of Christianity. The church has roughly 30,000 members in Singapore and abroad.

Authorities began investigating City Harvest Church in 2010 after they were tipped off to the financial impropriety by the co-founders. They immediately were able to uncover a complicated money trail that clearly revealed that church funds were being used to support the ailing career of Ho.

Ho was not charged in the case. However, Kong and five other church leaders were found guilty of funneling $37 million in donations to the church to a management company called Xtron. The management company was handling the planned U.S. release of Ho's new album.

The Judge presiding over the trial said that Kong used Xtron as a means to move church money to put to use reviving Ho's career. Church leaders maintained that Ho's music was a way to reach out and draw in non-believers. (And therefore, one assumes, tangentially related to church business.) The court found that a little hard to believe when it was revealed that Ho also paid for a $20,000 a month Los Angeles mansion rental with misappropriated church money.

Kong and the other church leaders face up to 20 years in prison. They will be sentenced at a later date. The law in Singapore is harsh in such cases; Kong could be sentenced to life in prison.

This past Sunday, Pastor Kong Hee was once again in front of his congregation. He appealed to the 4,500 congregants in attendance, apologizing for the suffering they faced during the trial.

Reportedly a number of church members were crying and embracing each other.

Ho echoed her husband's apology when she took the stage with Kong at the conclusion of the two-hour service. Let's be clear, this is the kind of church with a stage, not an altar. Ho said:

Kong and Ho founded the City Harvest Church in 1989. They continue to maintain that they did not misuse church funds.