Noel Clarke Net Worth: Noel Clarke is an English actor, director, and screenwriter who has a net worth of $3 million. Born in 1975 in London, England, Noel Clarke studied at the University of North London and later London's Actors Centre. He broke into acting in 1999 with appearances in "Native", "Take 2", and "Metrosexuality".

In 2002, he landed a recurring part on "Auf Wiedersehen, Pet" until 2004 and later on "Doctor Who" as Mickey Smith from 2005 to 2006. Clarke acted on stage in several productions, winning the 2003 Laurence Olivier Award for Most Promising Newcomer for the Royal Court Theatre's performance of "Where Do We Live". In 2005, Clarke began writing, penning "Kidulthood" and its sequel, "Adulthood". The first released in 2006 with the follow-up debuting two years later. Clarke starred in and directed the sequel. He has since written for "Torchwood", "West 10 LDN", "The Knot", "Storage 24", "4.3.2.1.", and "Fast Girls". He earned his first BAFTA Award in 2009 for Orange Rising Star. Clarke's other TV and film credits include "Centurion", "Doghouse", "Casualty", "Doctors", "Doctor Who Confidential", "The Weakest Link", "Sex & Drugs & Rock & Roll", "Race Against Time", Star Trek Into Darkness", and "Saving Santa". He has two children with his wife, Iris, whom he met at the gym. 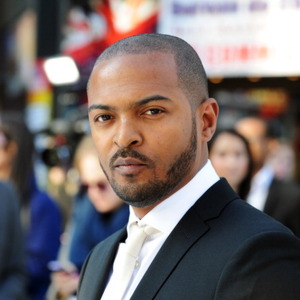