What is Jude Law's net worth?

Jude Law is an extremely successful English actor, film director and producer who has a net worth of $75 million. A highly decorated actor, Jude Law received his first nomination for an Oscar for Best Supporting Actor in 1999 for his performance in "The Talented Mr. Ripley". His performance for that same role was rewarded the next year when he won a BAFTA. In 2003, Law received a second Oscar nomination, this time for Best Actor, for his role in the movie "Cold Mountain".

Law was born on December 29, 1972 in Lewisham, South London and was given the name David Jude Heyworth Law. Both of his parents, Margaret and Peter, were comprehensive school teachers and his father later became a school headmaster. He was raised with his sister, Natasha, in Blackheath in the borough of Greenwich. He attended John Ball Primary School and the Kidbrooke School before enrolling at Alleyn's School. He was involved in theater from an early age and began acting with the National Youth Music Theatre in 1987 at the age of 15.

Law appeared in a number of notable theatre productions when he was young, including "The Ragged Child," "The Fastest Clock in the Universe," and "Les Parents terribles." For his work in the latter, he was nominated for a Laurence Olivier Award in the category of Outstanding Newcomer and received the Ian Charleson Award for Outstanding Newcomer. That play was then reworked and renamed "Indiscretions" and transferred to Broadway in 1995. Law joined that production as well, along with Kathleen Turner, Cynthia Nixon, and Roger Rees, and earned a Tony Award nomination for his performance.

In 1989, Law made his television debut in "The Tailor of Gloucester." He went on to appear in a number of British television series and then landed his first major leading film role in "Shopping," a British crime drama, in 1994. In 1997, he was cast in "Wilde," and portrayed Lord Alfred "Bosie" Douglas. His performance earned him the Most Promising Newcomer award at the Evening Standard British Film Awards. He then landed roles in "Midnight in the Garden of Good and Evil," "The Wisdom of Crocodiles," and "The Talented Mr. Ripley" opposite of Matt Damon, Philip Seymour Hoffman, Gwyneth Paltrow, and Cate Blanchett. He was awarded the BAFTA Award for Best Actor in a Supporting Role for his work in "The Talented Mr. Ripley," in addition to nominations at the Golden Globes and Academy Awards.

Law's career continued to rise in to the 2000s. In 2001, he played a Russian sniper in "Enemy at the Gates," learned how to dance ballet for the film "A.I. Artificial Intelligence," and played a hitman in the 2002 film, "Road to Perdition." He received more award buzz when he starred in "Cold Mountain" in 2003 opposite of Nicole Kidman and Renee Zellweger. For that role, he received the BAFTA Award for Best Actor in a Leading Role and the Academy Award for Best Actor, in addition to a Golden Globe nomination. 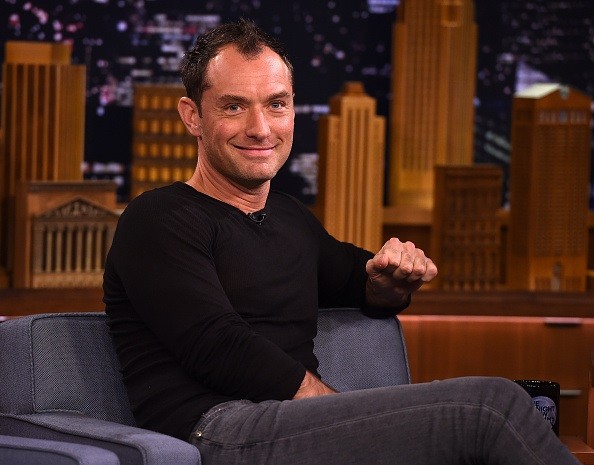 In 2006, he starred in "The Holiday" along with Jack Black, Cameron Diaz, and Kate Winslet. This film was a departure for Law, considering it was a contemporary romantic comedy, rather than his more typical roles in period dramas or science fiction films. The film was very successful and helped further launch Law into the list of A-list celebrities in Hollywood.

Despite his huge success in the film industry, Law did not abandon his theatre roots and returned to the London stage in 2009 to star in "Hamlet." The production then moved to New York City. Law received a Tony Award nomination in the category of Best Performance by a Leading Actor and also received the John and Wendy Trewin Award for Best Shakespearean Performance. In 2010, Law appeared in "Repo Man" and in Guy Ritchie's adaption of "Sherlock Holmes." He also appeared in the sequel film, "Sherlock Holmes: A Game of Shadows," in 2011. The same year, he appeared in "Rage" and the medical thriller, "Contagion."

In 2015, Law was cast in HBO's "The Young Pope," which details a fictional account of the liberalization of the Catholic Church. The series premiered in 2016 and also spawned a spin-off, "The New Pope," which premiered in January of 2020. In 2017, he played a young Albus Dumbledore in "Fantastic Beasts: The Crimes of Grindelwald," which was released in 2018. Additionally, he appeared in "Captain Marvel" and a live-action version of "Peter Pan."

While working on the film "Shopping," Law met actress Sadie Frost. The two got married in September in 1997 and remained together for six years before getting divorced in 2003. While together, the couple had three children together: Rafferty, Iris, and Rudy. After his divorce, Law started dating Sienna Miller, with whom he worked with on the film "Alfie." The two got engaged in 2004 but ended their relationship in November of 2006 after Law had an affair with his children's nanny, for which he publicly apologized.

In 2008, Law briefly dated model Samantha Burke. The couple had a daughter together in 2009. In 2015, he had his fifth child, another daughter, with Catherine Harding. He later started dating Phillipa Coan and the two got married in May of 2019. They had Law's sixth child together in September of 2020.

Law has been involved in a number of philanthropic campaigns. He works with organizations like Make Poverty History, the Rhys Daniels Trust, the WAVE Trauma Centre, and the Make-A-Wish Foundation. He also serves as an ambassador of the Prince of Wales' Children and Arts Foundation. He also chaired the Music for Tomorrow Foundation, which worked extensively in New Orleans following the massive destruction by Hurricane Katrina. 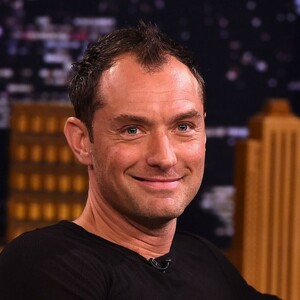