How much is Eve Best Worth?

Eve Best Net Worth: Eve Best is an English actress and director who has a net worth of $3 million dollars. Born in 1971 in Ladbroke Grove, London, England, Eve Best began her acting career as a child with several stage productions and studied at Lincoln College at Oxford University. Best's professional acting debut came in a Southwark Playhouse production of Shakespeare's "Much Ado About Nothing". Soon after, she enrolled in the Royal Academy of Dramatic Art and landed several stage parts after graduation. Best's performance in "Hedda Gabler" earned her an Olivier Award. Best was twice-nominated for Tony Awards for her parts in Broadway productions "The Homecoming" in 2008 and "A Moon For The Misbegotten" in 2007. Her stage directorial debut came in a 2013 production of "Macbeth". Best has also appeared in several movies and TV shows, including "Shackleton", "Walking the Dead", "The Inspector Lynley Mysteries", "Nurse Jackie", "The King's Speech", and "Lie With Me". She has made a handful of radio appearances on shows such as "Martin Chuzzlewit", "Brideshead Revisited", "Dr Zhivago", and "The Rape of Lucrece". Best has won several London Critics Circle Theatre Awards, including those for Most Promising Newcomer, Best Newcomer, and Best Actress. When not in costume, Best enjoys painting and sailing. 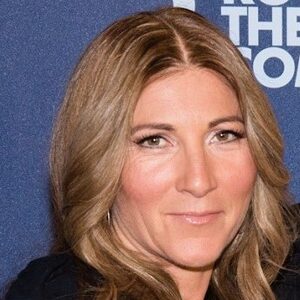