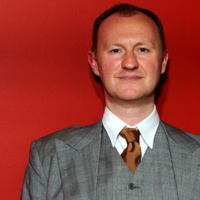 Mark Gatiss net worth: Mark Gatiss is an English actor, comedian, screenwriter and novelist who has a net worth of $10 million. Mark Gatiss was born in Sedgefield, County Durham, England in October 1966. He has 80 acting credits to his name and has had recurring roles in the TV series In the Red, The Morning with Richard Not Judy, The League of Gentlemen, Nighty Night, Funland, Clone, Crooked House, Doctor Who, Mapp & Lucia, Wolf Hall, Game of Thrones, and Sherlock. Gatiss has also written or produced for the TV series The League of Gentlemen, Nighty Night, Crooked House, A History of Horror with Mark Gatiss, Doctor Who, and Sherlock. He has been nominated for two Primetime Emmy Awards and a BAFTA Award.