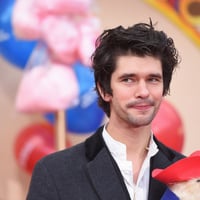 Ben Whishaw net worth: Ben Whishaw is an English actor who has a net worth of $2 million dollars. Born in Clifford, Bedforshire, England on October 14, 1980, Whishaw is best known for his role as Hamlet in the Trevor Nunn production at Old Vic. He has also appeared in television series including Nathan Barley, Criminal Justice, and The Hour. His more popular film roles include Perfume: The Story of a Murderer, I'm Not There, Bright Star, Brideshead Revisited, Cloud Atlas, and Skyfall. He has been active in the entertainment industry since 1999 and attended the Royal Academy of Dramatic Art and graduated in 2003. His performance in Hamlet was nominated for an Olivier Award for Best Actor as well as the Ian Charleston Award. He was also recognized as "Most Promising Newcomer" at the British Independent Film Awards in 2001 for My Brother Tom. Whishaw is currently in a civil partnership with Mark Bradshaw and conveyed to Out magazine in 2011 that he never understood why the private lives of actors had to be celebrated.