Emmy Clarke net worth: Emmy Clarke is an American actress who has a net worth of $2 million. Emmy Clarke was born in Mineola, New York in September 1991. Her best-known role came starring as Julie Teeger on the television series Monk from 2005 to 2009. Clarke starred in the TV movie My House in Umbria in 2003.

She starred as Grace Arbus in the 2006 film Fur: An Imaginary Portrait of Diane Arbus in 2006 and starred in the short Capture the Flag in 2010. Clarke starred in the TV movie The Line in 2010 and starred as Brie in the movie Apartment Troubles in 2014. In 2004 she was won a Young Artist Award for Best Performance in a TV Movie, Miniseries or Special – Supporting Young Actress for My House in Umbria. She lived in England as a child and later graduated from Fordham University. She has also worked in advertising in New York. 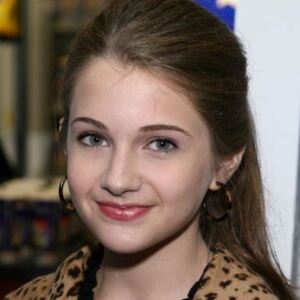