Jake Thomas net worth: Jake Thomas is an American actor who has a net worth of $500 thousand. Jake Thomas was born in Knoxville, Tennessee in January 1990. He is best known for playing the role of Matthew "Matt" McGuire in the television series Lizzie McGuire. Thomas starred in that role from 2001 to 2004.

From 2007 to 2008 he starred as Jason Stickler in the TV series Cory in the House. Thomas starred as Finn Avery in the TV mini-series Storytellers from 2013 to 2014. He has starred in the movies The Cell, If Tomorrow Comes, A.I. Artificial Intelligence, The Lizzie McGuire Movie, Dinocroc, Soccer Dog: European Cup, Locked Away, and The Assignment. Thomas has also appeared in episodes of the TV series 3rd Rock from the Sun, The Man Show, Touched by an Angel, Without a Trace, The Grim Adventures of Billy & Mandy, ER, Cold Case, Lie to Me, Eleventh Hour, House M.D., Trust Me, CSI: Miami, Rules of Engagement, Ghost Whisperer, The Whole Truth, Criminal Minds, The Secret Life of the American Teenager, NCIS, and CSI: NY. Thomas won a Young Artist Award in 2002 for Artificial Intelligence: AI. 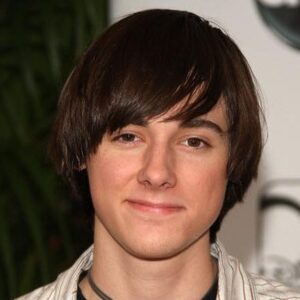