Thad Luckinbill net worth: Thad Luckinbill is an American actor who has a net worth of $3 million. Thad Luckinbill was born in Enid, Oklahoma in April 1975. Thad's twin brother Trent is a lawyer who briefly appeared as a corpse in an episode of the TV series Law & Order: Criminal Intent.

Thad Luckinbill got his start starring in the 1999 television series Undressed as Kyle. In 2003 he starred as Donny Doyle in the TV series 8 Simple Rules. One of his best known roles came starring as J.T. Helstrom in the soap opera The Young and the Restless from 1999 to 2010. In 2011 Luckinbill starred as Nathan Colville in the series Nikita. He has starred in the movies Just Married, Sleepover, and Home of the Brave. Luckinbill has also appeared in episodes of the TV series Sabrina, the Teenage Witch, Nash Bridges, Providence, JAG, Buffy the Vampire Slayer, CSI: Crime Scene Investigation, Nip/Tuck, Without a Trace, CSI: NY, Ghost Whisperer, CSI: Miami, Grey's Anatomy, Rizzoli & Isles, Major Crimes, and Criminal Minds. Thad married co-star Amelia Heinle in 2007. 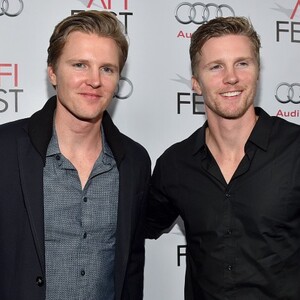