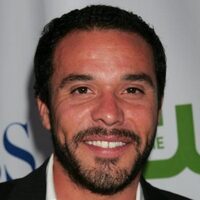 Michael Irby Net Worth and Salary: Michael Irby is an American actor who has a net worth of $2 million. He is probably best known for playing the role of Sergeant First Class Charles Grey in the TV series The Unit.

Michael Irby was born in Palm Springs, California in November 1972. Michael played soccer as part of Team USA in Europe but retired due to injury. He studied at the American Academy of Dramatic Arts in New York. He first appeared in the TV series F/X: The Series in 1997 and Law & Order from 1997 to 2002. Irby's feature film debut came in 1997's Silent Predator. In 2002 he starred as Dante in the television series Haunted. From 2003 to 2004 he starred as Amiel Macarthur in the series Line of Fire. His best known role came as Charles Grey in The Unit from 2006 to 2009. From 2013 to 2014 Irby starred as Detective Richard Paul in the TV series Almost Human. He has also starred in the films Pinero, The Last Castle, Mourning Glory, Klepto, Once Upon a Wedding, Flightplan, Final Draft, Law Abiding Citizen, Louis, Faster, Fast & Furious 5, Cell K-11, Duke, and Dirty People. Irby has also appeared in episodes of the TV series MDs, CSI: Miami, Raising the Bar, NCIS: Los Angeles, 24, Lie to Me, CSI: NY, Bones, The Protector, The Good Wife, CSI: Crime Scene Investigation, Person of Interest, Castle, Elementary, Vegas, Hawaii Five-O, Criminal Minds, The Lottery, and The Following.