Jake Abel net worth: Jake Abel is an American actor and model who has a net worth of $2 million. Jake Abel was born in Canton, Ohio in November 1987. He has had recurring roles in the TV series Threshold as Brian Janklow from 2005 to 2006 and in the series Supernatural as Adam Milligan from 2009 to 2010. Abel has starred in the movies Strange Wilderness, Tru Loved, Angel of Death, The Lovely Bones, Percy Jackson & the Lightning Thief, I Am Number Four, The Host, Percy Jackson: Sea of Monsters, Good Kill, Love & Mercy, and Against the Sun. He has also appeared in episodes of the TV series The Suite Life of Zach & Cody, Cold Case, CSI: Miami, CSI: NY, ER, and Grey's Anatomy. Abel was nominated for an MTV Movie Award and a Teen Choice Award for best fight for Percy Jackson & the Olympians: The Lightning Thief in 2010. Jake married writer Allie Wood in 2013 and the couple released their first album Black Magic in 2013 under the name The Mumblers. 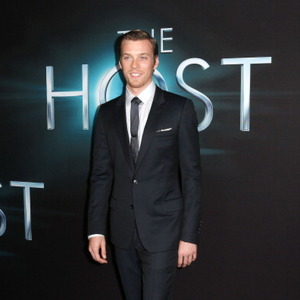