Adam Lamberg Net Worth: Adam Lamberg is an American actor who has a net worth of $1.5 million. Born on September 14, 1984 in New York City, he is best known for his role as David "Gordo" Gordon on Lizzie McGuire, from 2001 to 2004. He became active in the entertainment industry in 1996 and concluded his career some twelve years later.

Even though he no longer pursues acting; in his active days he appeared in such films as Radiant City, Dead Man's Walk, I'm Not Rappaport, The Day Lincoln Was Shot, The Pirates of Central Park, The Lizzie McGuire Movie and Beautiful Loser, among other. Lamberg, who graduated from the University of California, Berkeley for Geography, currently works at the Irish Arts Center in New York City. 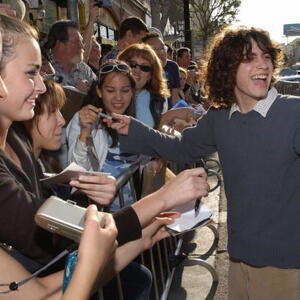