Kendall Schmidt net worth: Kendall Schmidt is an American actor and songwriter who has a net worth of $8 million. Kendall Schmidt is best known for playing Kendall Knight in Big Time Rush. He has also played smaller roles on several TV shows including ER, Without a Trace, Phil of the Future, Ghost Whisperer, Gilmore Girls, and Fraiser.

He was born on November 2, 1990 in Andover, Kansas but was raised in Wichita. His brother Kevin Schmidt is also an actor. He began his acting career at age five when he appeared in a Chex TV commercial. When he was nine, he was one of two young actors hired to be Haley Joel Osment's stand-in body double in A.I. Artificial Intelligence. When he was 10, his family moved to California and Schmidt soon landed recurring roles on General Hospital, Titus, Raising Dad, Gilmore Girls and CSI:Miami. He has also been a guest star on shows like Without a Trace and Ghost Whisperer. He has appeared in films like Minority Report and According to Spencer and in 2009 was cast as the lead of the television show, Big Time Rush. Schmidt is also in a boy band called, Big Time Rush. They band released three albums before Schmidt's 2013 announcement that he would be working as a solo artist. 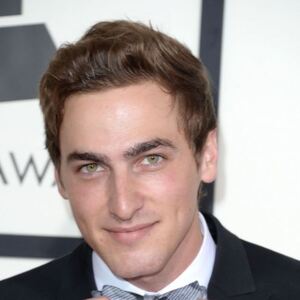