How much is Alex Garland Worth?

Alex Garland net worth: Alex Garland is an English film producer, director, novelist, and screenwriter who has a net worth of $5 million. Alex Garland was born in London, England, United Kingdom in 1970. He graduated from the University of Manchester and wrote his first novel The Beach in 1996 which was about his experiences as a backpacker. Garland also wrote the books The Tesseract which was published in 1998 and The Coma which was released in 2004. The Beach and The Tesseract were both made into movies for which Garland was credited as a writer. He also wrote the movies 28 Days Later…, Sunshine, Never Let Me Go, Dredd, and Ex Machina. Garland also directed the movie Ex Machina in 2015. He also wrote the screenplay for the upcoming movie Halo which will be based off the video game series. Garland won a Fangoria Chainsaw Award for Best Screenplay in 2004 for 28 Days Later… He also won a Writers' Guild of Great Britain Award for Video Games for writing for Enslaved: Odyssey to the West in 2011. Alex is married to actress Paloma Baeza. 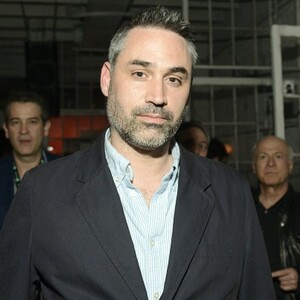