Jon Garland net worth: Jon Garland is an American professional baseball pitcher who has a net worth of $20 million. Jon Garland was born in Valencia, California in 1979 and attended Granada Hills High School, graduating in 1997 after winning All-State Player of the Year twice and 1st Team High School All-American honors once.

Jon Garland was selected with the 10th overall pick in the first round of the 1997 Major League Baseball draft by the Chicago Cubs. Jon Garland played for the Cubs' minor league organizations the Arizona League Cubs and Single-A Rockford Cubbies, but in 1998 was traded to the Chicago White Sox before ever playing a major league game for the Cubs. Since his draft in 1997, Jon Garland has played for six MLB teams: the Chicago White Sox from 2000-2007, the Los Angeles Angels of Anaheim in 2008, the Arizona Diamondbacks in 2009, the Los Angeles Dodgers in 2009 and again in 2001, the San Diego Padres in 2010, and the Colorado Rockies in 2013. Jon Garland was a member of the 2005 World Series winning White Sox team. Jon Garland was also a 2005 All-Star selection and a 2005 AL Pitcher of the Month. 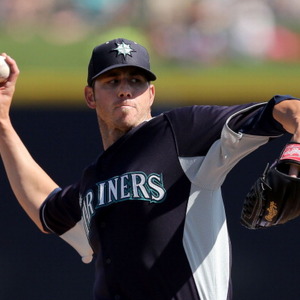