Kay Mellor net worth: Kay Mellor is an English actress, director, and scriptwriter who has a net worth of $6 million. Kay Mellor was born in Leeds, Yorkshire, England, United Kingdom in May 1951. As an actress she is best known for starring as Jenny Holdsworth on the television series Just Us from 1992 to 1994.

Mellor also appeared in episodes of the TV series The Practice, All Creatures Great and Small, and Stan the Man. She created the television series Families and was also a writer. Kay Mellor also created the TV series Just Us, Playing the Field, Fat Friends, The Chase, and In the Club. She has also written or directed for the TV series Girlfriends, Love, Lies and Records, The Syndicate, Children's Ward, Band of Gold, and more. Kay Mellor won a BAFTA Award and two Writers' Guild of Great Britain Awards. She is the mother of actress and writer Gaynor Faye. 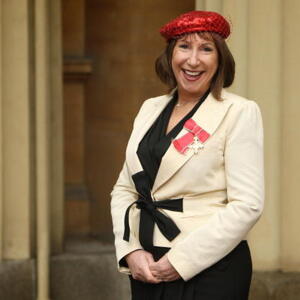