What is Danny Boyle's Net Worth?

Danny Boyle is a multiple-award-winning British director who has a net worth of $60 million. Danny Boyle is best known for such films as "Trainspotting," "28 Days Later," "127 Hours," and "Slumdog Millionaire." For the latter film, he won the Academy Award for Best Director. Beyond the cinema, Boyle has also directed for television and theater, and served as the artistic director of the creative portion of the 2012 Summer Olympics opening ceremony in London.

Danny Boyle was born on October 20, 1956 in Radcliffe, Lancashire, England to Irish parents Annie and Frank. He has a twin sister named Marie, as well as a younger sister named Bernadette. Raised in a working-class Catholic household, Boyle was an altar boy for eight years, and attended the Catholic boys' school Thornleigh Salesian College in Bolton. Subsequently, he went to the University College of North Wales, where he studied English and drama and directed several plays.

Following his college graduation, Boyle began his career at the Joint Stock Theatre Company, and then moved to the Royal Court Theatre in 1982. There, he directed the plays "The Genius" and "Saved." Boyle also directed a number of productions for the Royal Shakespeare Company around this time. In 1987, he began working as a television producer for BBC Northern Ireland, where he produced Alan Clarke's controversial short film "Elephant." He subsequently directed episodes of such shows as "Not Even God is Wise Enough," "For the Greater Good," and "Inspector Morse."

In 1994, Boyle made his feature film directorial debut with the black crime comedy "Shallow Grave," starring Kerry Fox, Christopher Eccleston, and Ewan McGregor. After premiering at Cannes, it was released in the United Kingdom in 1995, when it became the most commercially successful British film of the year. Moreover, it went on to win the BAFTA Award for Best British Film. Boyle followed this with an even greater triumph in 1996, which saw the release of his literary adaptation "Trainspotting." Starring Ewan McGregor, Robert Carlyle, Ewen Bremner, and Johnny Lee Miller, among others, the film follows a group of heroin addicts in working-class Edinburgh. "Trainspotting" received an Academy Award nomination for Best Adapted Screenplay, and continues to be considered by many as one of the best British films of the 20th century. In 1997, Boyle released "A Life Less Ordinary," also starring Ewan McGregor as well as Cameron Diaz, Holly Hunter, and Delroy Lindo. Unlike Boyle's first two films, it received mixed reviews, and flopped at the box office. 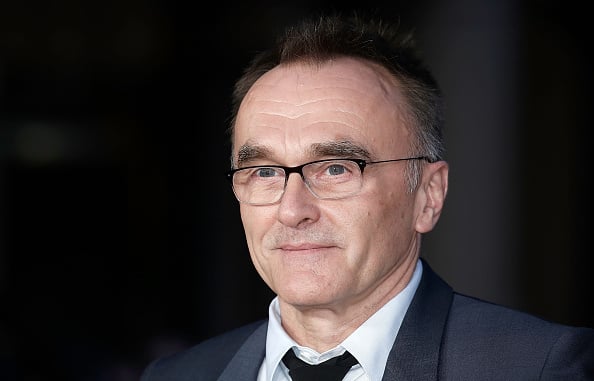 Boyle's fourth film, "The Beach," came out in 2000. Based on the eponymous cult novel by Alex Garland, it starred Leonardo DiCaprio as a young backpacker searching for a legendary, secluded beach in Thailand. Two years later, Boyle collaborated with Garland on the post-apocalyptic zombie film "28 Days Later," starring Cillian Murphy and Naomie Harris. A major hit, it became one of the most profitable horror films of the year, and was considered to have reinvigorated the waning zombie genre. Boyle next directed the 2004 dramedy "Millions," adapted by Frank Cottrell Boyce from his own novel. Following this, Boyle reunited with Alex Garland for the science-fiction thriller "Sunshine," starring Cillian Murphy, Chris Evans, Rose Byrne, and Michelle Yeoh.

Boyle had his greatest success yet in 2008 with his eighth film, "Slumdog Millionaire." Starring Dev Patel, it tells the story of an Indian street urchin who competes on the local version of the game show "Who Wants to Be a Millionaire?" The film was a critical and commercial smash, and went on to receive ten Academy Award nominations, eight of which it won. Among its wins were Best Picture and Best Director for Boyle. Following this, Boyle directed the 2010 biographical survival drama "127 Hours," which earned an Academy Award nomination for its star James Franco. Next, Boyle directed the psychological thriller "Trance," starring James McAvoy. This was followed by the biopic "Steve Jobs" in 2015; the sequel film "T2 Trainspotting" in 2017; and the musical comedy "Yesterday" in 2019.

In 2001, Boyle directed two BBC television films: "Vacuuming Completely Nude in Paradise" and "Strumpet." Later, in 2012, he directed "Isles of Wonder," the artistic portion of the 2012 Summer Olympics opening ceremony. The production depicted the course of British history, including the UK's contributions to music, film, and literature. Following this, Boyle directed episodes of the television series "Babylon" and "Trust." In early 2021, it was announced that he would be adapting Steve Jones' autobiography "Lonely Boy" into a six-part FX series called "Pistol."

On the stage in 2010, Boyle directed a one-night play at the Old Vic Theatre entitled "The Children's Monologues," starring Ben Kingsley, Tom Hiddleston, Benedict Cumberbatch, Gemma Arterton, and Eddie Redmayne. The next year, Boyle directed a production of "Frankenstein" for the National Theatre.

While he was a student in college, Boyle dated actress Frances Barber. Later, from 1983 to 2003, he was in a relationship with casting director Gail Stevens. Together, the pair had three children named Grace, Gabriel, and Caitlin. Boyle resides in the Mile End district of London. 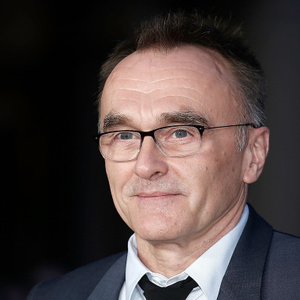