There are two very amazing and unique things about the McLaren P1 GTR. The first thing is that this supercar has nearly 1000 horsepower! The second amazing fact is that this car actually comes with its own racing team. All of this can be yours for just over $3 million!

The McLaren P1 GTR was designed to be a track only supercar, which is heavily based on McLaren's street legal P1. It was redesigned to be a track weapon and will only be available to current owners of a McLaren P1. This limits the car's availability to 375 people, although McLaren plans on building up to about 30 P1 GTR's based on customer demand.

One benefit of owning a P1 GTR is McLaren's customer racing program. Not only will owners be able to compete in private racing events held on Formula One tracks, but humans are included with this car. That's right for a mere $3.1 million not only will you get this amazing car but it will come with your own pit crew and driver training regimen. 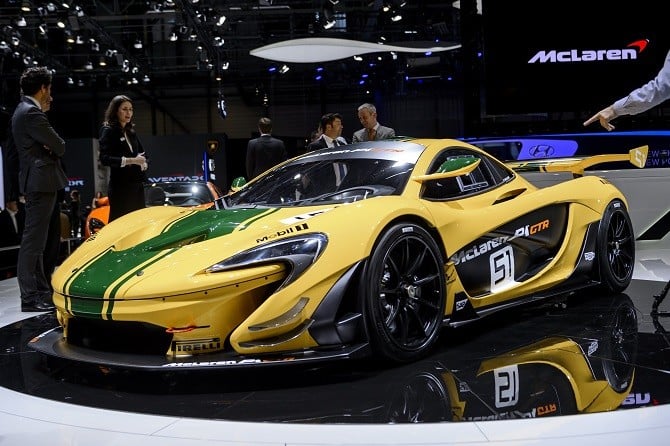 The McLaren P1 GTR has a remarkable 986 horsepower which comes from a twin turbocharged 3.8 liter V8 engine and an electric motor. It is said to be faster than the P1 which has a 0 to 62 miles per hour time of 2.8 seconds. The P1 GTR will be lighter and more aerodynamic than the P1. It did away with 110 pounds which mostly came from removing highway necessities such as air bags.

This hyper hybrid luxury car debuted at the 2015 Geneva Motor Show. After McLaren decided that the GTR would be a track only car, they changed their minds. They have now announced that the P1 GTR will be converted to be road legal for certain customers this summer. Each order will be handled on a case by case basis, and will depend on "where the customer wants to run the car and what the regulations are in that region." I wonder if the pit crew will follow drivers down the highway.