The Fastest, Most Expensive Ferrari Ever Made Has Already Sold Out

Ferrari has finally released their much anticipated 2016 Ferrari F12tdf, which is now not only the fastest, but also the most expensive front-engined Ferrari ever made. This amazing sports car was limited to just 799 examples, which have already sold out. The 2016 Ferrari F12tdf comes with a price tag of $490 thousand!

The F12tdf was named for the famed Tour de France race, and the car is considered to be a track focused special edition of Ferrari's F12 grand tourer, which debuted in 2012. In order to own one of these bad boys, prospective owners had to have already owned at least five Ferraris. The 2016 F12tdf features a 6.3 liter V-12 engine capable of 769 horsepower. That engine is paired with a 7-speed dual-clutch transmission, and this super luxury car has a top speed of 215 miles per hour with a 0 to 60 mph time of just 2.8 seconds. 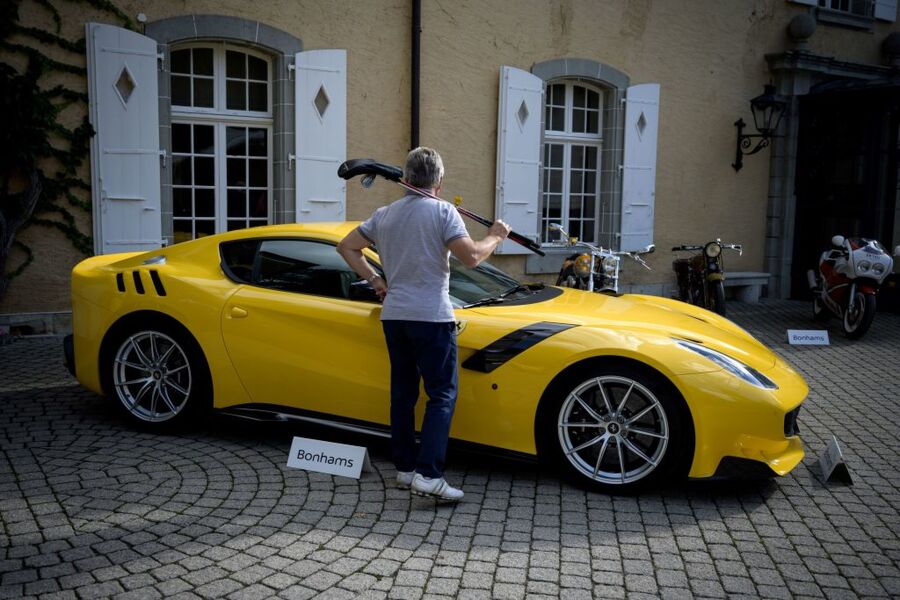 The 2016 Ferrari F12tdf is equipped with carbon fiber throughout the vehicle and also comes with form-fitting bucket seats. The F12tdf is a rear-wheel drive which holds two passengers and has two doors. The car utilizes direct fuel injection and has a fuel economy of 11 to 12 miles per gallon in the city and 16 mpg on the highway, which is where you want to drive it if you can't get on a track. Ferrari's 2016 F12tdf will compete with cars like Lamborghini's Aventador LP750-4 and McLaren's 675LT.

At nearly half a million dollars, Ferrari has really outdone themselves with their newest version of the F12tdf. With this now being the luxury carmaker's most expensive front-engined model, you may be wondering how it compares to the most expensive Ferrari ever sold. That distinction goes to a 1962 Ferrari 250 GTO, which sold to businessman Craig McCaw for $35 million in 2011. Perhaps someday a 2016 Ferrari F12tdf will break that record.