The Half A Million Dollar Super-Fast Lamborghini Aventador Superveloce

The most expensive car ever made has got to be pretty cool but how much cooler does that make the car it was based on? The Lamborghini Aventador was the inspiration for the $4 million Lamborghini Veneno, which is the most expensive road production car ever made. Lamborghini unveiled their brand new 2016 Aventador LP750-4 Superveloce at the 2015 Geneva Auto Show and it is something to drool over. Not only does this car look amazing but the name Superveloce means superfast in Italian so it not only has the looks but a personality to match.

The new Aventador lives up to its name and is certainly superfast with a top speed of 217 miles per hour and a 0 to 60 time in three seconds flat. This kind of speed is derived from a 6.5 liter V12 engine with 740 horsepower. It also features an electronically controlled four wheel drive system. All of this adds up to truly make the new Aventador superfast. 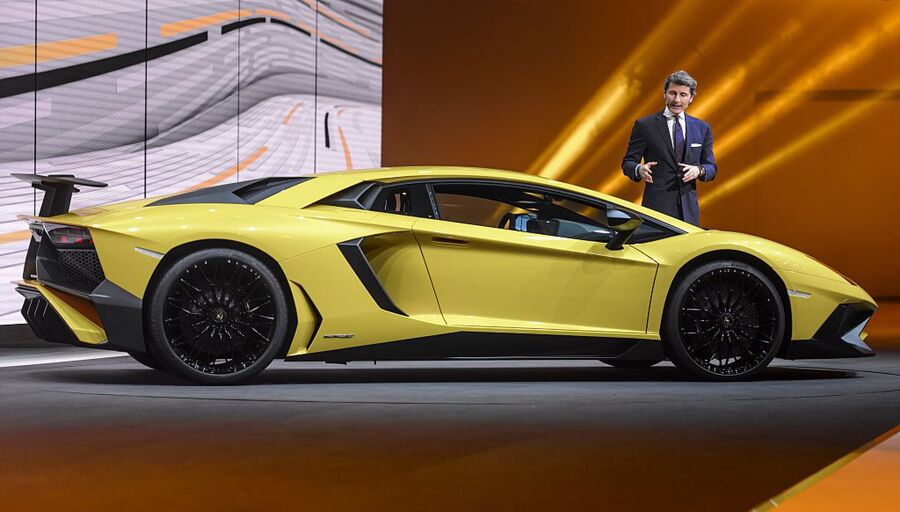 Something special about the Superveloce is that is has the honor of being the first production car to feature a new soft carbon-fiber based fabric that Lamborghini is calling "Carbon Skin." Personally, I think that sounds a bit creepy, but who am I to second guess the billion dollar car company?

The car is made up mostly of carbon fiber and designers at Lambo have reduced its weight by 110 pounds compared to previous versions. They have also figured out a way to improve the car's aerodynamics, including improving downforce and increasing efficiency to make it even more fun to drive.

The Aventador features new doors and fenders and has a large manually adjustable rear wing. The interior comes with new black micro suede and yellow Y-shaped inserts on the special racing seats. The Lamborghini Aventador Superveloce also sits on Pirelli PZERO Corsa tires for added performance and speed. All of these new features make this car one of a kind.

According to the folks at Lamborghini this amazing new sports car will be their "most sports-oriented, fastest, and most emotional series-production (car) ever". They had better be right because this luxury car will be up for sale in the spring of 2015 at a price of $500,000! Sure it may be expensive, but it's actually a steal compared to the Lamborghini Veneno. The Superveloce looks good in yellow and even better in red but I won't be picky and I'll take what I can get.