McLaren Has Outdone Itself With Its New 675LT Spider

Recently we introduced you to McLaren's 650S, which is part supercar and part hypercar. It may seem hard to top such an amazing luxury vehicle, but the folks at McLaren didn't waste much time in doing so. Meet the all new McLaren 675LT Spider, the fastest convertible that the company has ever made.

The 675LT Spider is the convertible variation of the carmaker's 675LT coupe and is limited to only 500 examples. In case you were wondering, LT stands for Long Tail, which enforces the concept that this Spider has been elongated to provide racing benefits for the track-focused supercar.

The McLaren 675LT Spider is the official follow-up to the 650S Spider, and comes in at 220 pounds lighter at just 2,800 pounds. The supercar was introduced at the 2015 Geneva Motor Show and is produced at the McLaren Production Center in Woking, Surrey, England, where it is mostly hand assembled by engineers. The 675LT Spider is only 88 pounds heavier than the coupe version, and is likely to compete with the Ferrari 488 Spider and Lamborghini Huracan LP 610-4 Roadster.

Here is a closer look at how McLaren's new 675LT Spider compares with the carmaker's 650S model: 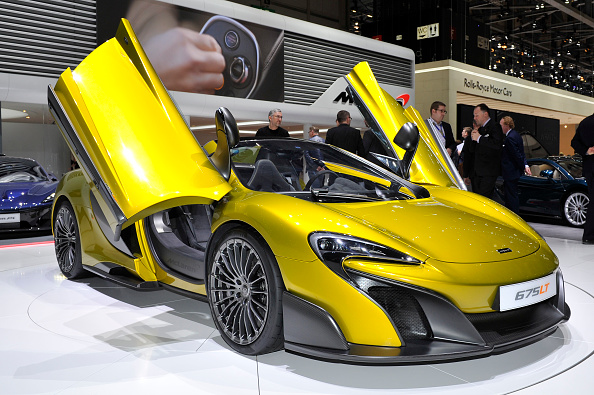 Horsepower: The McLaren 675LT Spider may scare away some super religious or superstitious drivers with its 666 horsepower, which is a bit more than the 641 horsepower offered up by the 650S.

Summary: While the 675LT does have a little more horsepower and a tad more speed than the 650S, paying almost $100,000 more for that does not seem worth it. Either way, it appears you can't go wrong with any of the McLaren models produced, to date.