Not Satisfied With A Normal Ferrari? Check Out This $2.5 Million Customized Glickenhaus SCG003

The Scuderia Cameron Glickenhaus SCG003 might have an ugly name, but it truly is a beautiful car. This sports car is a custom-bodied Ferrari that was commissioned by James Glickenhaus to be used as his newest race car. In fact, Mr. Glickenhaus has plans to race the SCG003 at the 2015 Nurburgring 24 Hours race. This Batmobile-esque car made its official debut at the 2015 Geneva Motor Show.

This supercar will be available in two versions. First off is the SCG003S version or the "Stradale" which will be the road going version. The other version will be the SCG003C or the "Competizione" designed to be used in racing competitions. The 003 part of the name came about because this is Glickenhaus' third major car project and will be his best yet.

The Scuderia Cameron Glickenhaus SCG003 will feature a twin turbo 3.5 liter V6 engine with horsepower somewhere between 522 and 600 that was developed by Autotecnica Motori. It has a standard transmission Hewland sequential unit with paddle shifters. 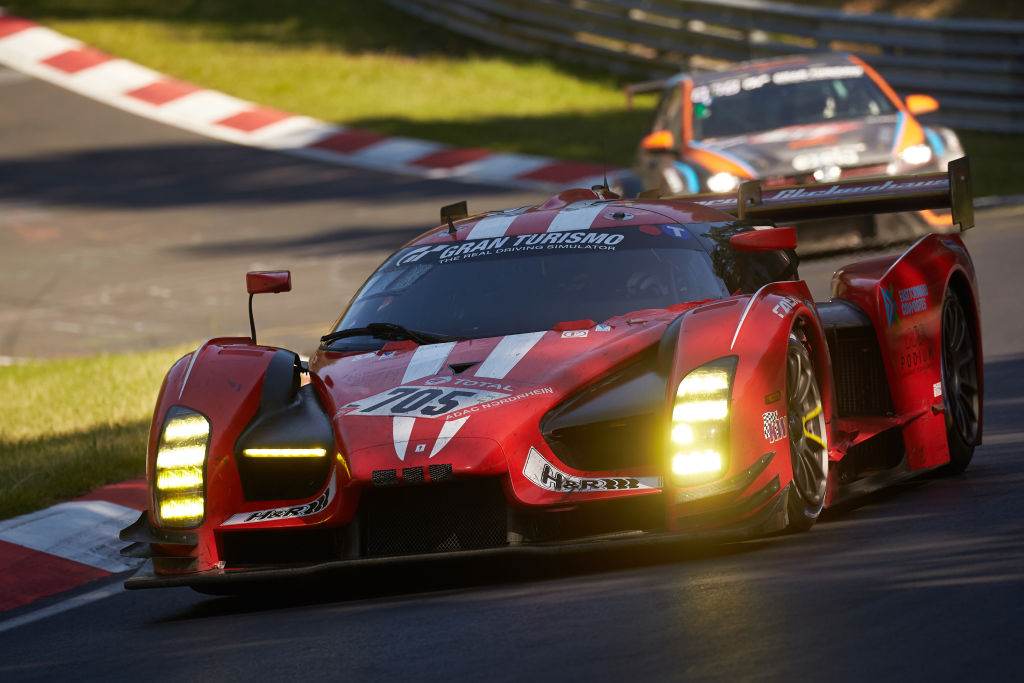 It is mostly made of carbon fiber including its carbon fiber frames that hold the suspension pick. The SCG003 uses push-rod suspension at both ends. According to the folks at Scuderia Cameron Glickenhaus this car has downforce and engine torque that are "unknown in the supercar world".

There are said to be minimal differences between the road going SCG003S and the racing version SCG003S. Owners of the car will be able to choose their engine and can even opt for the twin-turbocharged V12 to power this amazing vehicle.

So far only two racing examples have been produced and one road going car has been commissioned. Orders are being taken and there have been more than a dozen serious buyers who have showed interest. The SCG003C will start at $2.35 million while the SCG003C starts at about $2.57 million. If you don't have the means to build your own race car you could just buy one of these.