Ford unveiled their new 2016 GT supercar at the 2015 North American international Auto Show in Detroit, Michigan.  This is the latest in the GT line which has not been heard from since 2005. Judging by its looks alone, it may have been worth the wait. The only issue is that as of right now, there seems to be a possible distribution problem with the GT. Nobody knows where and how to buy one!

The Ford GT will feature a twin-turbocharged 3.5 liter V6 EcoBoost engine with more than 600 horsepower. This car is mid-engined in order to perfectly balance the car's weight. At almost half a million it better be fast! 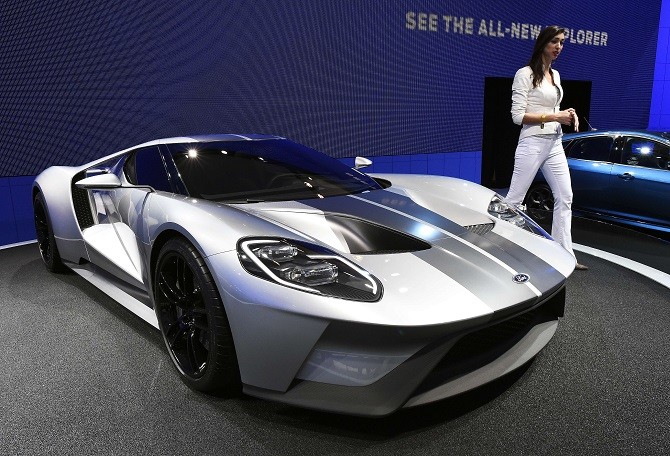 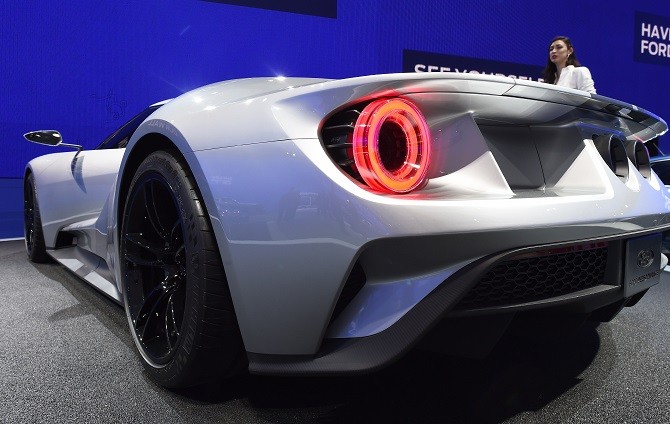 The sub frames of the car's front and rear are made of aluminum while the rest of the body is made mostly of carbon fiber. The GT will be produced by Multimatic due to their expertise with carbon fiber. The previous version of the GT had to be discontinued due to not being able to meet new incoming regulations. That problem has been solved for the new 2016 GT model.

There are large gaps in the rear fenders that reveal how tightly the V6 engine is packed into this supercar. The rear spoiler is fully active and will adjust depending on the speed and the driver's preferences. On the front the GT features LED headlights and Ford's iconic pair of air outlets in the hood.

The steering wheel for the 2016 GT will be similar to those found in Formula One cars with important control buttons on the right side of the wheel. The instrument panel will be fully digital and configurable for driver preferences.

To drivers who want to purchase a GT, I can only say good luck! Ford dealers are not allowed to take orders or collect deposits yet. In fact, the company will not even promise its dealers that they will get one of these cars to sell. A Ford dealer in California already had someone offer her $600,000 for one of these amazing supercars, but had to turn the customer away.

About 4,000 of the 2005 and 2006 model year GTs were sold, but this time around production will drop dramatically. Ford president of the Americas, Joe Hinrichs, has not specified how many model years will be planned, but he did say that the car has a "finite life." This supercar will certainly be hard to get and will have quite a hefty price tag.