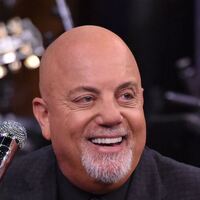 What is Billy Joel's Net Worth?

Billy Joel is an American singer and songwriter who has a net worth of $225 million. He is one of the best-selling music artists of all time, and has sold over 150 million records worldwide.

William Martin Joel was born on May 9, 1949, in the Bronx, New York City. His father was a classical pianist and businessman from Germany. His family fled the Nazis via Switzerland and Cuba, before reaching the United States. Joel's mother's family was from Kent, England. His parents met in the late-1930s at a Gilbert and Sullivan performance at the City College of New York. His family moved to Hicksville, Long Island while he was still young. There, he grew up with his younger sister, Judy. His parents divorced in 1957, and his father returned to Europe, settling in Austria, where he remarried. Joel's half-brother from his father's side, Alexander Joel, also pursued a career in music, and was the chief musical director of the Staatstheater Braunschweig from 2001 to 2014.

At the age of 4, Joel began taking piano lessons at the insistence of his mother. Subsequently, he developed a love for, and appreciation of, classical music that he still feels today. A love of all things musical drove him to join his first band, The Echoes, while only 14. He attended Hicksville High School, but ultimately did not graduate because he did not have sufficient credits. Rather than take summer classes to finish school, he opted to pursue a full-time musical career instead.

Joel left the band The Echoes in 1967 (then renamed to the Lost Souls), and joined the group the Hassles. The Hassles were signed to United Artists Records, and they released several singles and albums, although none of their released achieved much traction. Joel and the band's drummer, Jon Small, left the group in 1969 and formed the duo Attila. Their eponymous album was released in July 1970, but their partnership did not last long because Joel had an affair with Small's wife, Elizabeth.

Billy Joel's record sales have topped 150 million worldwide, which has made him one of the best-selling artists in history. He has received 23 Grammy nominations with six Grammy wins, and is a member of the Songwriter Hall of Fame and the Rock and Roll Hall of Fame. Joel retired from actively recording songs in 1993. However, he did release the album "Fantasies & Delusions" in 2001. In a departure from his usual style and material, the album consists of classical piano compositions, and are performed by his longtime friend and pianist Richard Hyung-ki Joo. 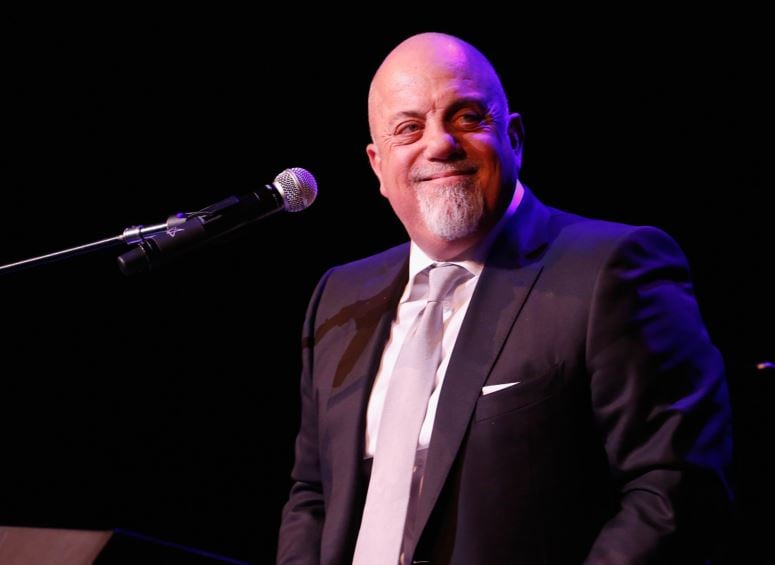 Joel has since toured sporadically on his own and with fellow artists like Elton John. He also has a monthly residency at Madison Square Garden which has been ongoing since 2014, and he played his 72nd consecutive monthly show there on January 25, 2020. Joel is so popular that his compilation album of greatest hits, "Greatest Hits Vol. 1 & 2" (1985) became one of the best-selling albums in the US. He received the Kennedy Center Honors in 2013.

In 1989 Billy sued his former manager Frank Weber for $90 million. Weber was his former brother-in-law,  The suit claimed that Weber mishandled $30 million of the singer's money and sought $60 million in damages. Weber subsequently filed for bankruptcy. Billy sued his accountants and a lawyers, ultimately received a reported $8 million settlement.

Joel authored the autobiography "The Book of Joel: A Memoir" (2011), with help from Fred Schuers. Additionally, he has owned the Long Island Boat Company as well as a shop in Oyster Bay, Long Island, that makes custom retro-styled motorcycles.

Joel's first wife was Elizabeth Weber Small. Their relationship actually started as an affair, as she was still married to Jon Small, one of Joel's musical collaborators. Eventually, Joel and Small married in 1973, and they divorced in 1982. The loss of roughly $30 million in mismanaged funds at the hands of Elizabeth's brother Frank PLUS a multi-million dollar divorce settlement left Billy nearly broke when he left the marriage.

He was financially very unsound as he headed into his second marriage to American model Christie Brinkley. He constantly toured to generate funds. That caused a major rift and allegations of infidelity. They were married from 1985 to 1994, and have a daughter together, Alexa Ray Joel. His third marriage was to chef Katie Lee, from 2004 to 2009. Joel's fourth wife is Alexis Roderick. He and Roderick married in 2015, but they have been together since 2009. Together, they have two daughters, Della Rose Joel and Remy Anne Joel.

Joel had never received his high school diploma, after not having sufficient credits to graduate back in 1967. Instead, 25 years later, he submitted essays to the school board of Hicksville High School to make up his missing credits, and he was awarded his high school diploma at the school's graduation ceremony in 1992. Additionally, he has been awarded numerous honorary doctorates, including from institutions like Fairfield University, Berklee College of Music, Syracuse University, the Manhattan School of Music, and Stony Brook University.

When Billy undergoes a residency, such as his multi-year Madison Square Garden residencies, he can easily earn $2-3 million per show. His 2019 New Years Eve show grossed $4.6 million. Between 2014, when the residency began, and the end of 2019, Billy grossed $150 million from his MSG residency.

Billy has owned a number of impressive properties around the country, notably in Florida and Long Island, New York. He owns a home in the Long Island town of Sag Harbor. He owns a 14,000 square-foot mansion on 15 waterfront acres in Oyster Bay which he bought in 2002 for $22.5 million.

In 2014 he paid just under $12 million for two side-by-side properties that cover 4-acres in Manalapan, Florida. One of the lots was undeveloped, the other featured a nearly 9,000 square-foot mansion. He listed the combined compound for sale in 2015 for $29 million. He offered the mansion on its own (without the undeveloped lot) for $19.5 million. He ultimately accepted $10.3 million in January 2020. He did not sell the undeveloped lot which made up around three of the property's four acres.

He paid $5.9 million for a New York townhouse. His ex-wife Katie Lee received this property in their divorce. She sold it in 2011 for $12.9 million.

He sold previous homes to singer Sting, comedian Jerry Seinfeld and retail executive Mickey Drexler. He has jokingly referred to himself as the "realtor to the stars".