Ben E. King net worth: Ben E. King is an American soul singer who has a net worth of $30 million dollars. Ben E. King was born Benjamin Earl Nelson in Henderson, North Carolina, in 1938, Ben E. King is famous for his hit song "Stand by Me" and for his vocals with the group The Drifters. When he was about 20 years old, King joined his first group, a doo wop band named The Five Crowns, who would later go on to become The Drifters. King released 13 songs with the band, including "There Goes My Baby" and "Temptation". He left the group and became Ben E. King in 1960, with his first solo album, "Spanish Harlem", dropping in 1961. It was his next single, "Stand by Me", that would catapult him to fame. The song was a top ten hit in the US, number one in the UK and even earned a spot on the Songs of the Century list. That song, along with two others ("There Goes My Baby" and "Spanish Harlem"), would land on the Rock and Roll Hall of Fame's list of 500 Songs That Shaped Rock and Roll. King is a member of the North Carolina Music Hall of Fame. He now works with his foundation and lives in Teaneck, New Jersey. He married his wife, Betty, in 1964.

"Stand By Me" Royalties: Ben's most famous song "Stand by Me", which was co-written by Mike Stoller and Jerry Leiber, is one of the most-valuable songs ever produced. Between 1961 and and 2015 alone, the song generated more than $30 million on royalties for the trio, of which a reported 50% goes to King for being the performer in addition to co-writer. 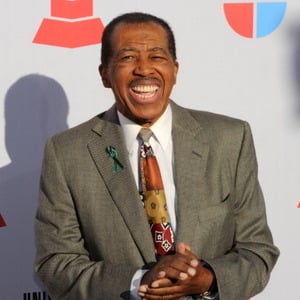