What is Carole King's Net Worth?

Carole King is an American songwriter and singer-songwriter who has a net worth of $100 million. Carole King is one of the most commercially successful female songwriters in history. She had her breakthrough in 1971 with the album "Tapestry," which remained on the US charts for close to six years. King has released over 20 solo albums, and has twice been inducted into the Rock and Roll Hall of Fame. She has also won countless major awards including several Grammys.

King has written or co-written over 400 songs that have been recorded by more than 1,000 artists, including herself. Most of the chart hits, she co-wrote with her former husband Gerry Goffin during the 1960. They co-wrote King's first #1 hit single, "Will You Love Me Tomorrow," when she was only 18 years old.

Carole King was born as Carol Joan Klein on February 9, 1942 in the Manhattan borough of New York City. Her parents were firefighter Sidney and teacher Eugenia, both Jewish. King became passionate about music early on; at the age of three, she started playing the piano. Just one year later, it was discovered that she had perfect pitch. King went on to take professional music lessons, and entered kindergarten early. Demonstrating a remarkable aptitude for numbers and words, she was promoted directly to primary school. As a teen, King attended James Madison High School; during this time, she formed a band called the Co-Shines, and made demo records with her friend Paul Simon. For her higher education, King went to Queens College, but ultimately dropped out and became a secretary.

In 1960, King and her husband Gerry Goffin had a major hit as the creators of the song "Will You Love Me Tomorrow," sung by the Shirelles. When the track reached number one on the Billboard Hot 100, the pair gave up their jobs to focus exclusively on songwriting. King and Goffin went on to compose a myriad of further hits throughout the decade, including "The Loco-Motion"; "It Might as Well Rain Until September"; "Up on the Roof"; "One Fine Day"; and "Goin' Back."

After divorcing and losing contact with Goffin, King moved to Los Angeles and formed the music trio the City; with the band, she released one album, "Now That Everything's Been Said." The City disbanded shortly after, in 1969. The next year, King released her debut studio album as a solo artist, entitled "Writer." The album made it to number 84 on the Billboard 200. 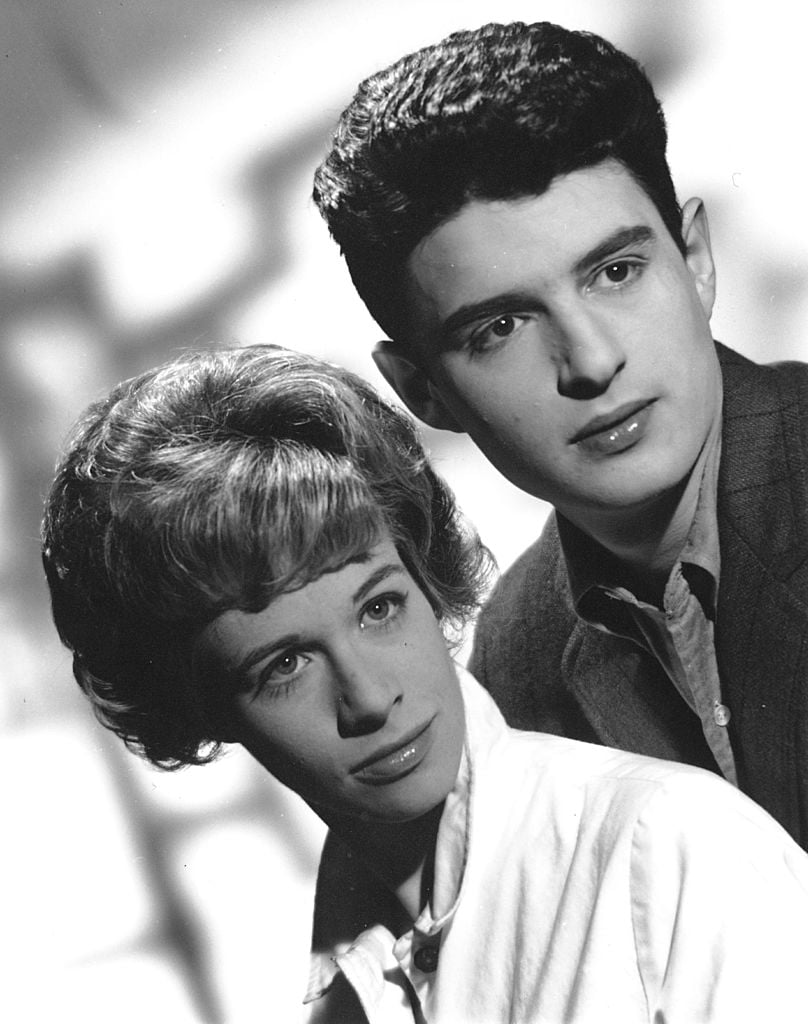 King had her breakthrough as a solo recording artist in 1971 with the release of her album "Tapestry." An immediate smash, the album held the number one spot on the Billboard 200 for 15 consecutive weeks, and remained on the US charts for close to six years. Among its hit singles were "(You Make Me Feel Like) A Natural Woman," "You've Got a Friend," and "It's Too Late." The album went on to win four Grammy Awards, including Album of the Year. "Tapestry" is considered by many to be one of the greatest albums ever recorded.

Further Albums in the 70s

King followed up "Tapestry" with another huge hit later in the year: "Music." Debuting at number eight on the Billboard 200, the album peaked at number one on New Year's Day in 1972. King subsequently released "Rhymes and Reasons" and "Fantasy," both of which were certified Gold. In 1974, she put out "Wrap Around Joy," which became her third album to reach number one. Two years later, King released "Thoroughbred," her last studio album under the Ode label. She then signed with Capitol Records, and released "Simple Things" in 1977; a collaboration with songwriter Rick Evers, it was ultimately poorly received. King's next two albums, "Welcome Home" and "Touch the Sky," similarly failed to make an impression.

In 1982, King released her 12th solo album, "One to One," through Atlantic Records. This was followed in 1983 by "Speeding Time." After a six-year break, King returned to Capitol Records in 1989 to record "City Streets." In the 90s, she released "Colour of Your Dreams" and "The Carnegie Hall Concert: June 18, 1971," a recording of her first concert performance. King's albums in the 2000s include "Love Makes the World," "The Living Room Tour," "A Holiday Carole," and "The Legendary Demos," a compilation album.

Among her many other notable music credits, King wrote and performed the song "Care-A-Lot" for the 1985 animated fantasy film "The Care Bears Movie." The same year, she scored the soundtrack to the romantic comedy "Murphy's Romance," in which she also made a cameo appearance. In 1992, King wrote and performed "Now and Forever" for the sports film "A League of Their Own." Later, she recorded a new version of her hit song "Where You Lead" to be used as the theme song on the television series "Gilmore Girls."

In 2007, King toured Japan with Fergie and Mary J. Blige. A few years later, she reunited with James Taylor for the Troubadour Reunion Tour, which spawned the hit live album "Live at the Troubadour." Following this, King announced her retirement from music. 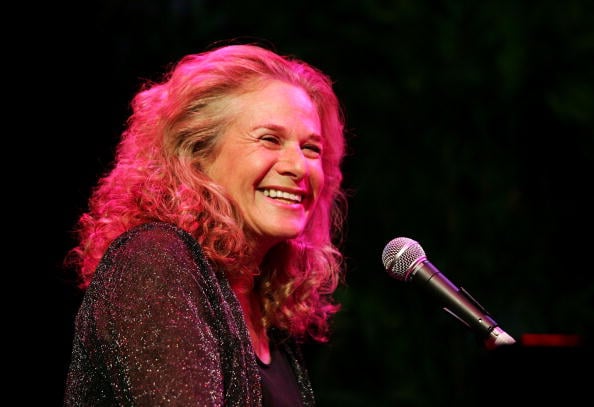 King has been married a total of four times. She wed her first husband, lyricist and professional partner Gerry Goffin, in 1959; they had two children named Louise and Sherry, and divorced in 1968. Next, in 1970, King married Charles Larkey, with whom she had two children named Molly and Levi. The couple eventually divorced in 1976. The following year, King wed songwriter Rick Evers, with whom she released the album "Simple Things." Just one year after their marriage, Evers died from a cocaine overdose. Subsequently, in 1982, King wed Rick Sorenson; they later divorced in 1989.

King became active in environmental activism in 1977 after she relocated to Idaho. Notably, she has worked with the Alliance for the Wild Rockies and other related groups to promote the passage of the Northern Rockies Ecosystem Protection Act. King has also been involved in political activism, having campaigned for John Kerry during his presidential campaign.

King's legacy in the world of music is vast and ongoing. In 1995, an all-star lineup of artists paid tribute to her on the album "Tapestry Revisited: A Tribute to Carole King." Additionally, there have been a plethora of cover versions of her songs over the years. In 2013, a musical version of King's life called "Beautiful: The Carole King Musical" debuted in San Francisco; it officially opened on Broadway the next year. For her portrayal of King, actress Jessie Mueller won the Tony Award for Best Performance by an Actress in a Leading Role in a Musical. 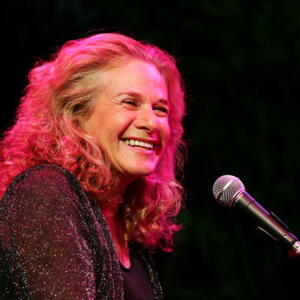