Mike Stoller Net Worth: Mike Stoller is an American songwriter and producer who has a net worth of $200 million. Born in 1933 in Long Island, New York, Mike Stoller is one half of the famed writing and producing duo Leiber and Stoller with Jerry Leiber. They worked together at a record store and discovered their mutual passion for music; the two began writing songs. Charles Brown recorded the duo's first hit: 1952's "Hard Times". Seven years later, "Kansas City" topped the charts when it was performed by Wilbert Harrison. The two even penned the Elvis Presley classic "Hound Dog". In 1953, Stoller and Leiber created Spark Records, which was later bought out by Atlantic. The two continued working, penning hits such as "Yakety Yak", "Searchin'", "Stand By Me", and "On Broadway". About a decade later, they formed their second label, Red Bird Records, which they also sold. Other top hits include "There Goes My Baby", "Smokey Joe's Café", "Poison Ivy", "Charlie Brown", "Love Potion No. 9", and "Spanish Harlem". Stoller and Leiber won several Grammy Awards, including one for 1969's "Is That All There Is?" and a second for 1995's Broadway production album of "Smokey Joe's Café". The duo was inducted into the Rock and Roll Hall of Fame in 1987, two years after earning a spot in the Songwriters Hall of Fame. They have a star on the Hollywood Walk of Fame and took home the National Academy of Songwriters Lifetime Achievement Award in 1996.

Mike Stoller Royalties: Their incredibly valuable song catalogue continues to produce millions of dollars in royalties. Between 1961 and 2012 alone, "Stand by Me" produced an estimated $30 million in royalties which were split by Stoller, Leiber and artist Ben E. King. It is one of the 10 most-valuable songs of all time in terms of royalties. The value of the Leiber-Stoller song catalogue and royalty stream is likely in the $100+ million range, if it ever hit the auction block. 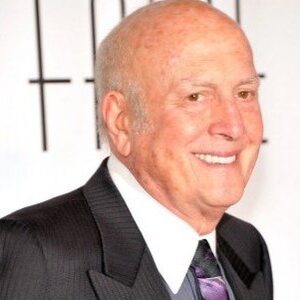