What is Tony Orlando's Net Worth?

Tony Orlando is a pop singer who has a net worth of $4 million. Tony Orlando is best known for being the lead singer of the 1970s group Tony Orlando and Dawn. His career in the music business spans more than 60 years, and includes such hit songs as "Candida," "Knock Three Times," "Tie a Yellow Ribbon Round the Ole Oak Tree," and "He Don't Love You (Like I Love You)." In 1993, he opened the Tony Orlando Yellow Ribbon Music Theatre in Branson, Missouri.

Tony Orlando was born as Michael Anthony Orlando Cassavitis on April 3, 1944 in New York City to a Greek father and a Puerto Rican mother. As a teenager, he moved with his parents to Union City, New Jersey, and then to Hasbrouck Heights, New Jersey. Orlando began his career in music in the late 50s when he formed the doo-wop group the Five Gents.

From the demo tapes he recorded with the Five Gents, Orlando eventually drew the attention of music publisher and producer Don Kirshner, who hired him to write songs and record songwriter demos. Orlando had his first commercial successes in 1961 with the hit songs "Bless You" and "Halfway to Paradise." He continued working as a solo artist throughout the decade, and also became a producer and music executive.

In 1967, Orlando was hired by Clive Davis to serve as the general manager of April-Blackwood Music, a publishing subsidiary of Columbia Records. He subsequently worked his way up to vice president of CBS Music, where he signed and collaborated with singer-songwriter Barry Manilow. Orlando also worked with such major artists as the Yardbirds, James Taylor, and the Grateful Dead. 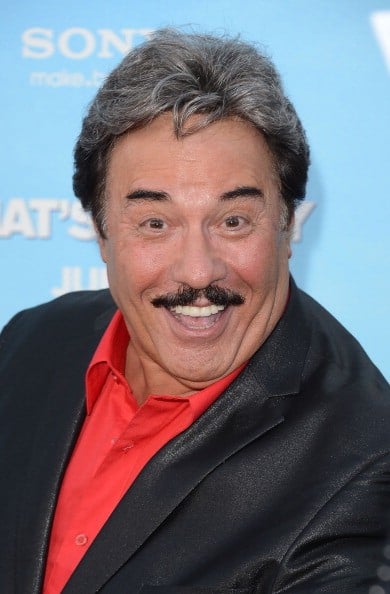 As a favor to a pair of producing friends, Orlando sang lead vocals on the song "Candida" in 1969, with Toni Wine and Linda November doing backup. To protect himself from the possibility that the record would fail, he used the pseudonym Dawn. However, "Candida" proved to be a massive hit, reaching number one on music charts worldwide in 1970. Due to this success, Orlando formed the group that would eventually be known as Tony Orlando and Dawn. The group subsequently recorded another number-one hit, "Knock Three Times." Going on tour, Orlando asked session singers Telma Hopkins and Joyce Vincent Wilson to become his backup singers. With the new lineup in place, Tony Orlando and Dawn recorded a string of major hits, including "Tie a Yellow Ribbon Round the Ole Oak Tree"; "Say, Has Anybody Seen My Sweet Gypsy Rose"; and "He Don't Love You (Like I Love You)."

To build on the success of his music group, Orlando decided to launch his own television variety show, "Tony Orlando and Dawn." A hit with audiences, it ran for four seasons on CBS from 1974 to 1976. On the show, Orlando welcomed some of the biggest names in show business, including his idols Jerry Lewis and Jackie Gleason. Tony Orlando and Dawn ultimately disbanded in 1977 amid Orlando's depression-fueled mental breakdown.

After being briefly institutionalized for his breakdown, Orlando returned to show business in the late 70s with an NBC television special. He went on to work as a solo artist, recording the hit singles "Don't Let Go" and "Sweets for My Sweet." In the 80s, Orlando was prominent in Las Vegas as a headliner at various hotels. He continued to tour, in Las Vegas as well as in Branson, Missouri, where he opened the Tony Orlando Yellow Ribbon Music Theatre in 1993.

Beyond the music industry, Orlando has also acted. His first role was in a 1976 episode of the NBC sitcom "Chico and the Man." In 1981, he had a starring role in the television film "300 Miles for Stephanie," and also starred as a replacement for Jim Dale in the Broadway musical "Barnum." Later in the 80s, Orlando had a recurring role in the first season of "The Cosby Show." Among his other credits, he had a recurring role on the animated children's show "Oswald" and made an appearance in the Adam Sandler comedy film "That's My Boy."

In 1965, Orlando married his wife Elaine, to whom he had been introduced by singer-songwriter and musician Jerry Lee Lewis. The couple had a son named Jon before eventually divorcing in 1984. Orlando went on to wed Francine Amormino in 1990; they have a daughter together named Jenny.