What is Cissy Houston's Net Worth?

Cissy Houston is an American soul and gospel singer who has a net worth of $6 million. Cissy Houston's career began as a backup singer for major artists like Elvis Presley and Aretha Franklin but experienced even greater success as a solo artist. She is also the mother of Whitney Houston. Her nieces are Dionne and Dee Dee Warwick.

Her cross genre singing style has been featured with many well-known artists such as Bette Midler, Linda Ronstadt, Burt Bacharach and Herbie Mann. She has also been the leader and driving force behind the New Hope Baptist Church Youth Inspirational Choir, which contains over 200 members, for more than 50 years, and she's also been a fixture at the annual gospel music festival McDonald's Gospelfest.

Houston was born on September 30, 1933 in Newark, New Jersey. Her parents were Nitcholas Drinkard and Delia Mae Drinkard and she was their eighth and final child. Her parents had moved from Georgia to New Jersey during the Great Migration and heavily encouraged their children to get an education and be involved in church. Houston started singing in church and attended South Side High School.

Houston experienced tragedy from a young age, as her mother suffered a stroked and died of a cerebral hemorrhage three years late when Houston was only eight. When she was 18, her father died of stomach cancer. She then went to live with one of her older siblings.

As a child, Houston joined her siblings in the gospel singing group the Drinkard Four, though it was later renamed the Drinkard Singers. During this time, Houston made her television debut on TV Gospel Time. The group performed regularly at church and also recorded a live album under the RCA label called "A Joyful Noise"

Houston continued singing as she got older and she formed the group the Sweet Inspirations in 1963 along with Doris Troy and Dee Dee Warwick. A few years later, Slyvia Shemwell, Estelle Brown, and Myrna Smith formed the line-up and the group was signed with Atlantic Records. The Sweet Inspirations provided back-up vocals to a wide range of artists including Lou Rawls, Otis Redding, The Drifter's, and Houston's niece, Dionne Warwick. They have notably appeared on the popular Van Morrison single, Brown Eyed Girl. Houston was also featured on the Aretha Franklin hit, "Ain't No Way," and can be heard performing the operatic soprano part. The Sweet Inspirations also performed background vocals for the track "Burning of the Midnight Lamp," by The Jimi Hendrix Experience.

By 1969, the group was performing backing vocals for Elvis Presley in Las Vegas. This would be Houston's last time performing with the Sweet Inspirations as she decided she wanted to stop touring so frequently in order to focus on her solo career and spend more time with her children. 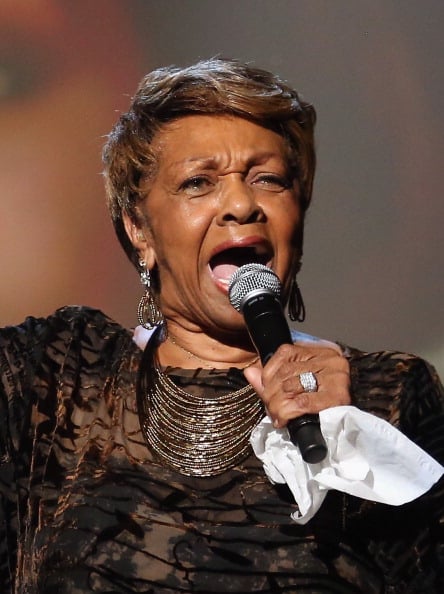 Houston had been making some solo records during her time with the Sweet Inspirations but she didn't release a solo LP until signing a recording contract with Commonwealth United Record. In 1970, the album "Presenting Cissy Houston" was released. It contained two tracks which made the R&B charts. Her contract was then sold to James Records and she recorded another album in a number of other singles throughout the early 1970s. She released the original recording of Jim Weatherly's "Midnight Train to Georgia" which would later become a number one hit when recorded by Gladys Knight & The Pips. She remained with James Records until 1975.

In 1977, Houston was signed to Private Stock Records. During her time with the label, she released three albums, all of which were produced by Michael Zager. In 1979, she represented the United States at the World Popular Song Festival and landed in second place with the track, "You're the Fire."

Houston also stayed busy working as a session musician with other artists. She sang back-up on Bette Midler's 1972 debut album, "The Divine Miss M." and also on Linda Ronstadt's, "Heart Like a Wheel." She has also been featured on albums and singles of Burt Bacharach and Herbie Mann. Additionally, she became increasingly well-known for her recordings of Gospel music. In 1996, she received the Grammy Award for Best Traditional Soul Gospel Album for her album, "Face to Face." In 1998, she won a second Grammy Award for her album, "He Leadeth Me." She has also performed alongside her daughter, Whitney Houston, multiple times. The two performed the track "I Know Him So Well," from the Broadway show, "Chess," and have also performed one of the songs on the soundtrack to the movie, "Daddy's Little Girls" in 2006. In 2014, at age 80, Houston performed alongside Aretha Franklin on "The Late Show with David Letterman."

In 1955, Houston married Freddie Garland. They had a son together, Gary Garland, who went on to become an NBA basketball player. However, the couple divorced before Gary was born.

In 1958, at the age of 24, Houston met John Houston while he was still married. They started seeing each other throughout the end of Houston's first marriage. During this time, they had two children together. Their son Michael went on to become a songwriter and manager and their daughter Whitney become a world-renowned singer and actress. Once his divorce was finalized in 1964, the new couple got married the following month.  John served as Houston's manager while she was in The Sweet Inspirations. The couple's relationship eventually turned sour and they legally separated in 1991, though they remained married until 1991.

Houston was unfortunately thrust into the spotlight due to her daughter Whitney's struggles with drug addiction. She staged several interventions to help her daughter seek treatment and attend rehabilitation programs. However, in February of 2012, Whitney Houston died in Los Angeles. Houston was vocal about how the media mishandled coverage of the tragedy. In 2013, she released a book entitled "Remembering Whitney: My Story of Love, Loss, and the Night the Music Stopped," in which she describes her daughter's live and tragic demise. 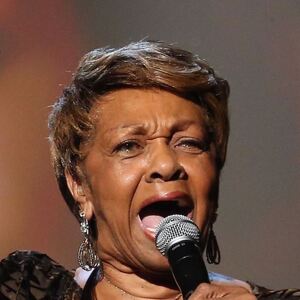