Jerry Leiber net worth: Jerry Leiber was an American songwriter and record producer who had a net worth of $150 million at the time of his death in 2011. Jerry Leiber was born in Baltimore, Maryland in April 1933 and passed away in August 2011. He was best known for being one half of the songwriting and record producer duo with Mike Stoller. The two met in Los Angeles as teenagers and became friends instantly. The duo wrote many hit songs including "Hound Dog" and "Kansas City" as well as "Young Blood", "Searchin'", and "Yakety Yak". Leiber and Stoller produced "There Goes My Baby" by the Drifters. The pair wrote songs for Elvis Presley including "Love Me', "Jailhouse Rock", "Loving You", "Don't", and "King Creole". Jerry Leiber and Mike Stoller were sometimes credited as Elmo Glick and launched red Bird records with George Goldner in 1964. The pair wrote or co-wrote more than 70 chart hits and were inducted into the Songwriters Hall of Fame in 1985 and then the Rock and Roll Hall of Fame in 1987. Jerry would typically write the lyrics while Mike would compose the music. They reportedly could write a massive hit song in just a few minutes. In their co-biography, Jerry described their mind-set and strategy in the following way: "We were two guys looking to write songs for black artists with black feelings rendered in the black vernacular." In 1995, a Broadway musical bases on the duo's music called "Smokey Joe's Cafe" debuted and ultimately ran more than 2000 shows. Jerry Leiber passed away on August 22, 2011 at 78 years old.

Jerry Leiber royalties: Their incredibly valuable song catalogue continues to produce millions of dollars in royalties. Between 1961 and 2012 alone, "Stand by Me" produced an estimated $30 million in royalties which were split by Stoller, Leiber and artist Ben E. King. The value of the Leiber-Stoller song catalogue and royalty stream is likely in the $100+ million range, if it ever hit the auction block. 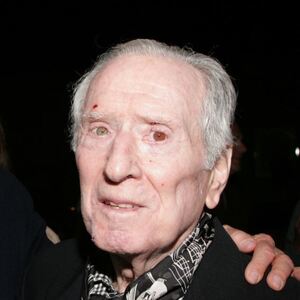