What is Ray Parker Jr.'s Net Worth?

Ray Parker Jr is an American singer, songwriter, record producer and who has a net worth of $10 million. Ray Parker Jr. is best known for writing and performing the hit theme song to the 1984 supernatural comedy film "Ghostbusters." For the track, he earned an Academy Award nomination for Best Original Song. Among his other music endeavors, Parker co-founded the funk and R&B vocal group Raydio in the late 70s. To date nine of his albums have gone either gold or platinum.

Outside of Ghostbusters, Ray Parker Jr has sold millions of singles during his career. His guitar work can be heard on hundreds of popular songs. He also wrote several songs that went on to great success for other artists. He co-wrote "You Got the Love" with Chaka Khan which became a #1 R&B charting song for Rufus (#11 on the overall Billboard chart). In 1976 he and Barry White co-wrote what became "You See The Trouble with Me", a hit single for Barry from the album "Let the Music Play".

Ray Parker Jr. was born on May 1, 1954 in Detroit, Michigan to Ray Sr. and Venolia. As a kid, he went to Angel Elementary School; there, he became inspired by his music teacher Alfred T. Kirby to play the clarinet. As a teen, Parker attended Cass Technical High School for a year, and then graduated from Northwestern High School. He went on to enroll at Lawrence Institute of Technology.

Parker first achieved recognition in the late 60s, when he served as a member of Bohannon's house band at Detroit's famed 20 Grand nightclub. He became so successful there that one of the club's popular acts, the Spinners, brought him into their touring group. Parker also began creating his own music, and at the age of 16, recorded and co-wrote his first songs with Marvin Gaye. Additionally, he worked as a studio musician, and made significant contributions to the number-one Honey Cone single "Want Ads."

In 1972, Parker contributed his guitar playing to Stevie Wonder's song "Maybe Your Baby"; this precipitated his permanent relocation to Los Angeles. The same year, Parker served as Wonder's lead guitarist during Wonder's opening act on the Rolling Stones' tour. In 1973, he served as a sideman in Barry White's Love Unlimited Orchestra. The following year, Parker had his first major hit as a songwriter with "You Got the Love," co-written by Chaka Khan and sung by Rufus.

Along with Jerry Knight, Vincent Bonham, and Arnell Carmichael, Parker formed the funk and R&B vocal group Raydio in 1977. The group released its self-titled debut album the next year, and had a substantial hit with the song "Jack and Jill," which peaked at number eight on the Billboard Hot 100. Raydio had another top-ten hit with "You Can't Change That," a single from its 1979 album "Rock On."

In 1980, Raydio became known as Ray Parker Jr. and Raydio. Subsequently, the group released the albums "Two Places at the Same Time" and "A Woman Needs Love," both of which were certified Gold. Among the group's hit singles were "Two Places at the Same Time," "That Old Song," and "A Woman Needs Love (Just Like You Do)," which was its final and biggest hit, reaching number four on the Billboard Hot 100. 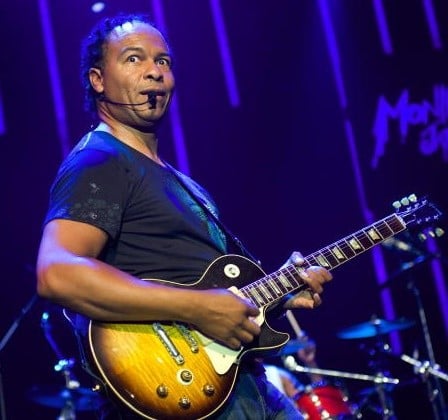 Following the disbanding of Raydio in 1981, Parker embarked on his career as a solo artist. In 1982, he released his debut solo album, "The Other Woman"; it spawned an eponymous hit single that reached number four on the Billboard Hot 100 and number two on the Hot Black Singles chart. Parker had his greatest and most famous solo hit a couple years later with the theme song to the film "Ghostbusters." Peaking at number one on the Billboard Hot 100, the track went on to earn Parker an Academy Award nomination for Best Original Song. Ultimately, "Ghostbusters" lost to Stevie Wonder's "I Just Called to Say I Love You" from "The Woman in Red." However, Parker did win the Grammy Award for Best Pop Instrumental Performance. Around this time, he also had hit songs with "I Still Can't Get Over Loving You" and "Jamie."

Throughout the 80s, Parker wrote and produced hit songs for a number of artists. His credits include New Edition's "Mr. Telephone Man"; Deniece Williams' "I Found Love"; and Cheryl Lynn's "Shake it Up Tonight." He also released his solo albums "Woman Out of Control," "Sex and the Single Man," and "After Dark." In 1991, Parker released "I Love You Like You Are," which featured the single "She Needs to Get Some." He didn't record another solo album until 2006, which saw the release of "I'm Free." Later on, Parker was invited by producer Gerry Gallagher to record with various Latin rock musicians, including El Chicano, Siedah Garrett, Vikki Carr, Peter Michael Escovedo, and Salvador Santana.

In 1983 Ray was hired to record what would become his most famous song, "Ghostbusters." The song, while still a popular favorite, is not free from controversy. Parker was accused of plagiarizing the Huey Lewis and the News song "I Want a New Drug" for "Ghostbusters". The two parties settled out of court. The similarity between the two songs is unmistakable. In a 2004 article titled "Who Ya Gonna Call" in Parade magazines, some of the Ghostbusters producers reportedly admitted to using "I Want a New Drug" as background music in some scenes. More controversially, they reportedly admitted to giving Parker early film footage mixed with the Huey Lewis song before asking him to write a theme song and furthermore, they had previously reached out to Lewis but were rejected.

Significantly, Parker was one of the first black recording artists to get involved in the burgeoning art of music videos. In 1978, a number of songs from Raydio's debut album were made into music videos by Hollywood producer Thom Eubank. Notably, the video for the hit single "Jack and Jill" aired on the late-night musical variety series "The Midnight Special." Meanwhile, the video for Parker's "Ghostbusters," which was directed by the film's director Ivan Reitman, became one of the first movie-related music videos to achieve success on MTV.

As an actor, Parker made a brief appearance as a guitar player in the 1974 action comedy crime film "Uptown Saturday Night." Later, in the 80s, he appeared on the sitcom "Gimme a Break," the Saturday morning children's show "Pryor's Place," and the primetime soap opera "Berrenger's." Parker was also in the 1987 films "Disorderlies" and "Enemy Territory."


Ray and his wife Elaine Parker have been married since 1994. The couple has four sons named Ray III, Redmond, Gibson, and Jericho.

In 1998 Ray and Elaine paid $1.7 million for a home in a gated community in Calabasas, California. Today similar homes are worth $3-4 million. He built a state-of-the-art recording studio in a building adjacent to the property. 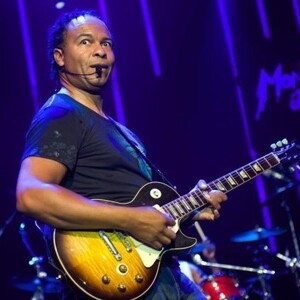