Successful businesswoman Carol Bartz is sitting pretty on a mammoth net worth of $100 million. Bartz worked hard for her net worth – she was the former president and CEO of the top internet company Yahoo! and CEO of Autodesk.

Bright-eyed Bartz graduated from University of Wisconsin- Madison with a computer science degree in the early seventies. She secured her first job at a multinational organisation 3M. Bartz made a quick exit after she was ejected from a position she applied for at the company's headquarters. The reason was – 'women don't do these jobs.' Bartz went on to work for Digital Equipment Corporation and Sun Microsystems.

Bartz's years of hard work paid off – she became the CEO of Autodesk in the early 1990's. The 63 year old turned the Autodesk (a small aimless PC company) into a leader of computer-aid design software for architects and builders. Bartz part ways with the company in 2006, but became the executive chairman of board.

Bartz's biggest challenge was yet to come: In early 2009, she took on the role as the CEO of the one of the most popular internet company Yahoo!, replacing co- founder Jerry Yang. There has been a lot of speculation from the media (such as Business Week), that Bartz was unable to save the company. In reality, Bartz was the answer to strengthen Yahoo!

With plenty of positives, there are a lot of minuses. Bartz had to make a shed load of cuts, including eliminating, jobs, executives and seasonal parties. For her efforts, Bartz gave herself a 'B –'. The media had a very different opinion – they actually rated her higher for the challenges Bartz had to face.
This September (2011), Bartz stepped down from her position at Yahoo! She remained as the Board of Director, but left the position in the same month (September).
When Bartz joined Yahoo!, her annual salary was $1 million plus bonuses and shares of $500,000. On departure of Yahoo!, Bartz was worth $47.2 million, making her the 'most overpaid' CEO according to proxy firm Green-Lewis. 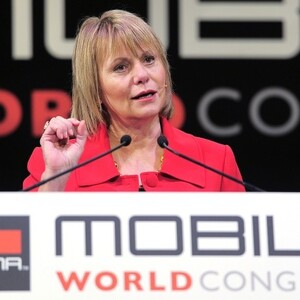