What is Jerry Yang's Net Worth?

Jerry Yang is a Taiwanese-born American internet entrepreneur who has a net worth of $2.5 billion. He is best known for being the co-founder of Yahoo! In the past, he also served as the CEO of Yahoo! A trained computer programmer, Jerry has earned his fortune through venture capitalism and internet entrepreneurship.

Yang Chih-Yuan was born on November 6th of 1968 in Taipei, Taiwan. He was raised mostly by his mother, as his father passed away when he was just two. In 1978, the family relocated to San Jose, California. His mother was a professor of English and drama at the time, but she was only able to teach Yang one word before taking him to the United States: "shoe." However, Yang later adopted the name "Jerry" and became highly fluent within just three years.

After graduating from high school, Jerry attended Stanford University, where he earned a Bachelor of Science and a Master of Science in electrical engineering. He earned both degrees in just four years. During this period, he met David Filo, with whom he would eventually create Yahoo! The pair went on a student exchange program to Japan together during their college years, and Jerry met his future wife during this trip.

In 1994, Yang and Filo founded Yahoo! From 2007 to 2009, Jerry served as CEO of the company before leaving in 2012. He was later credited for creating "the blueprint for what is possible on the internet." The site was started while he and Filo were still in college, although it was initially called "Jerry and David's Guide to the World Wide Web." As it became more popular, it was renamed "Yahoo!" By the fall of 1994, it was attracting 100,000 unique visitors, and it was receiving seven-figure investments from various figures. By 1996, the company had gone public.

During this period, Yang was singled out for praise by MIT Technology Review TR100 as one of the top innovators under the age of 35. Unfortunately, the dot-com bubble crash dampened the mood significantly, and Yahoo! was forced to replace Tim Koogle with Terry Semmel as the new CEO. Things didn't get much better after Google completely wiped Yahoo! off the digital map, resulting in Semmel being fired. It was at this point Yang stepped in to serve as the interim CEO. 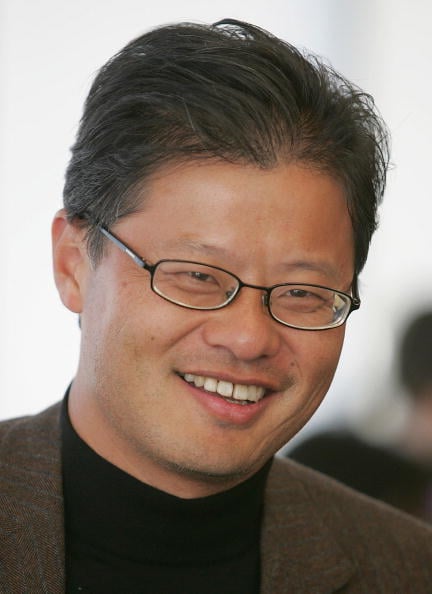 Yahoo! was not Jerry's only focus, however. He also made some pretty smart investments through the company, purchasing a 40% stake in Alibaba back in 2005 for $1 billion. Yahoo! then sold its stake for $7.6 billion just seven years later. As if that wasn't good enough, the company raked in $9.4 million in additional funds from Alibaba's IPO in 2014. Jerry was later celebrated for making "the best investment an American company has ever made in China."

But not all of Jerry's decisions can be described as intelligent. Back in 2008, Microsoft offered to buy Yahoo! for a whopping $44.6 billion. This was a hell of a deal, as Yahoo! was already falling behind Google at this point. It was also 62% higher than the company's market value. However, Yang proved to be uncooperative at the negotiation table, and he eventually refused to sell. After the deal fell through, the company's stock plunged, and Yang was heavily criticized. In fact, many shareholders even launched lawsuits. It was clearly a massive blunder, as Yahoo! was obliterated by Google not long afterward.

Yang later stepped down as CEO in 2008 and eventually left the company entirely by 2012. He would go on to invest in various startups through his firm, AME Cloud Ventures. He has invested in companies like Zoom, Wish, and Evernote.

Jerry's career has not been without controversy. In 2004, Yahoo! cooperated with the Chinese government to arrest a journalist named Shi Tao. When news of this broke in 2005, Yang was faced with considerable backlash, as the journalist had used a Yahoo email address to communicate with pro-democracy activists about China's decision to not cover the 15th anniversary of the Tiananmen Square Protests. Yahoo! then provided Tao's IP address to Chinese security agencies, resulting in her arrest and conviction.

Jerry defended himself, stating that he was simply complying with Chinese laws in order to continue doing business in the nation. However, this did not stop numerous journalists from referring to Yang as a "Chinese informant." In 2007, Yahoo! was sued for aiding and abetting the Chinese government, and the plaintiffs claimed the company's actions directly resulted in people being beaten, tortured, and imprisoned.

This in turn led to a Yang appearing before a Congressional committee. He was specifically questioned on his role in the arrest of Tao and other journalists in China. Jerry apologized to Tao's mother and Yahoo! eventually agreed to settle with various Chinese dissidents for undisclosed sums. He later founded a Human Rights Fund and apparently assisted the Secretary of State Condoleeza Rice in attempting to free jailed dissidents.

Yang is an active philanthropist, having donated to a number of charitable organizations over the years. In 2007, he and his wife donated $75 million to Stanford University, and the money went towards a new lab. In 2017, he and his wife pledged $25 million to the Asian Art Museum. In 2021, he co-founded The Asian American Foundation with a $250 million initiative to address racism against Asian Americans. 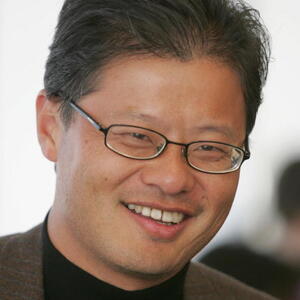