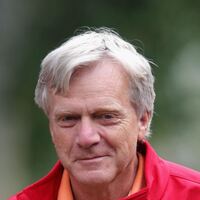 What is Andy Bechtolsheim's Net Worth?

Andy Bechtolsheim is a German billionaire tech entrepreneur, electrical engineer and investor who has a net worth $10 billion dollars. Andy earned his first fortune as the founder of Sun Microsystems but the majority of his fortune comes thanks to Google. Andy was the FIRST investor in Google. In 1998 he handed a pair of Stanford grad students named Larry Page and Sergey Brin a check for $100,000 to launch their search engine company. Additionally, Bechtolsheim founded such companies as Granite Systems and Kealia, and various electronic design automation companies.

Andy Bechtolsheim was born on September 30, 1955 in Finning, Landsberg, Bavaria, West Germany as the second of four children. Because his home had no television, he often experimented with electronics growing up. In 1963, Bechtolsheim moved with his family to Rome, Italy. They returned to Germany five years later.

When he was 16, Andy designed an industrial control system on the Intel 8008 for a local company. Andy used royalties from this project to subsidies his college tuition. He first enrolled at Technical University of Munich as an engineering student. There, Bechtolsheim repeatedly participated in the Jugend forscht contest for young researchers, finally winning the physics prize in 1974. After graduating from the University of Munich he enrolled in the his Master's Degree program at Carnegie Mellon University on a Fulbright scholarship. He earned his MA in computer science in 1976. The following year he enrolled in the Ph.D program in electrical engineering at Stanford University.

While at Stanford, Andy he designed a powerful modular computer system with built-in networking; inspired by the Xerox Alto computer. He called the computers system the "SUN" workstation. "SUN" stood for "Stanford University Network." Bechtolsheim was advised on the project by Forest Baskett, and also received assistance from Vaughan Pratt.

With funding from venture capitalists, Bechtolsheim left Stanford in 1982 to found Sun Microsystems with Scott McNealy, Bill Joy, and Vinod Khosla. The company's first product was the Sun-1, the initial generation of Unix computer workstations and servers. Notably, the Sun-1 used the Stanford CPU board design. In 1986, Sun Microsystems made its stock launch; by 1988, it had reached $1 billion in sales. The company went on to develop its own storage systems, software product suites, developer tools, and identity management applications. Sun Microsystems significantly contributed to the evolution of myriad critical computing technologies, including Unix, thin client computing, SPARC microprocessors, and open-source software.

At the height of its operations, Sun was headquartered in Santa Clara, California in Silicon Valley. It also had manufacturing facilities in many different places around the globe, including in Newark, California and Linlithgow, Scotland. In April of 2009, it was announced that Sun was to be acquired by the multinational software company Oracle Corporation. The acquisition, for $7.4 billion, was completed in early 2010. 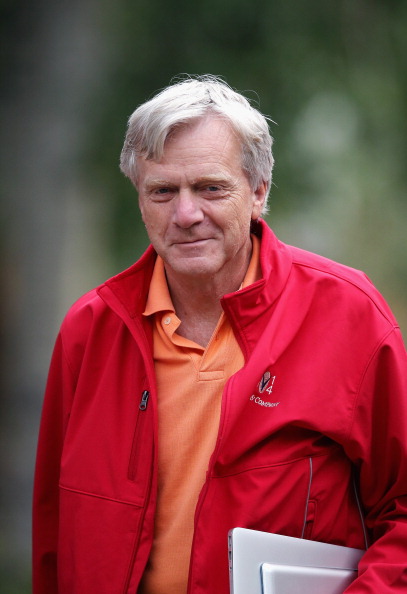 
In September 1998 Andy hit the Venture Capital grand slam when he gave Larry Page and Sergey Brin $100,000 to create what became Google. David Cheriton followed soon after with his own $100,000 investment.

Thanks largely to this and other major investments, Bechtolsheim became known as one of the most successful angel investors in the world, particularly in the area of electronic design automation. He invested in both Magma Design Automation and Co-Design Automation, the latter of which developed the key hardware language SystemVerilog.

Among his other notable investments, Bechtolsheim invested in the software and video game developer Tapulous; the wireless chip company CrestaTech; and the cloud-based interface Moovweb. Additionally, he was a reported early investor in Claria Corporation, which closed in 2008. From 2015 to 2017, Bechtolsheim invested in PerimeterX, an automated attack mitigation on-demand software.

In 2005, Bechtolsheim created another high-speed networking company with David Cheriton called Arastra, which later changed its name to Arista Networks. He went on to become the chairman and chief development officer at the company. Arista went public in 2014 and today has a market cap of roughly $30 billion.

Bechtolsheim has never been married, and remains a citizen of Germany. He has been the recipient of a number of honors over the course of his career. In 1999, he was given the Smithsonian Leadership Award for Innovation as well as a Stanford Entrepreneur Company of the Year Award. The following year, Bechtolsheim was elected as a member of the National Academy of Engineering for his contributions to computer workstation and high-performance network switching design.