Vinod Khosla net worth: Vinod Khosla is an Indian entrepreneur and venture capitalist who has a net worth of $2.5 billion. Vinod Khosla earned his net worth as a partner in a venture capital firm and as a co-founder of Sun-Microsystems. He was born in Delhi, India and began his career in 1980. In 1982, Vinod approached his fellow Stanford alum Scott McNealy about helping launch and guide a small technology business that was to be called Sun Microsystems. The "SUN" in the name was actually a reference to the "Stanford University Network" computer workstation that was developed by Vinod's co-founder Andy Bechtolsheim while they were both graduate students. The company profitable within its first year. McNealy became CEO of Sun in 1984, taking over for Khosla. He would go on to serve as CEO for the next 22 years, stepping down in 2006. The company IPO'd in 1986 under the ticker symbol "SUNW", which was changed in 2007 to "JAVA". Sun Microsystems, like most tech companies, experienced a wild surge in business during the dotcom boom of the late 90s and early 2000s. The company retracted in the bubble's aftermath. The stock plummeted from over $100 a share at the bubble's peak in 2001, to less than $10 a share in 2002. Fortunately the company recovered slowly, but surely. In January 2010, Sun Microsystems was acquired by Oracle Corporation for $7.4 billion.

Beach Access Controversy: Vinod Khosla is perhaps even more famous for the controversy he stirred with a beach in central California called Martin's Beach. Vinod bought 53 acres of land adjacent to Martin's Beach in 2008. The property features an access trail that is the only way to reach the beach by land. The people who previously owned Vinod's property (for 100 years) allowed members of the public to use the trail. Vinod began locking a gate to the trail in 2010, effectively cutting off all access to the beach. The fight has set off a legal battle that has not yet been resolved. 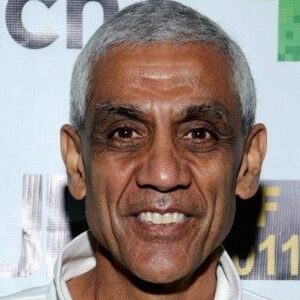