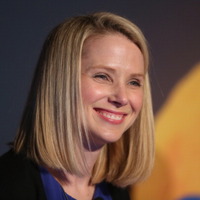 What is Marissa Mayer's net worth and salary?

Marissa Mayer is an American tech executive, entrepreneur, and investor who has a net worth of $600 million. Mayer first became well-known for being Vice President of consumer products at Google. Marissa was the 20th employee hired by Google. She later had a tumultuous tenure as the President and CEO of Yahoo.

How much money did Marissa Mayer make while running Yahoo? During her five years at Yahoo, 2012 to 2017, Marissa's total compensation including salary, stock and bonuses was $405 million.

Marissa Mayer was born in Wausau, Wisconsin May 30th, 1975. She went to Stanford University with the intention of becoming a physician but later switched to a custom psychology, linguistics, and computer science hybrid major. She remained at Stanford to get her master's in computer science and graduated in 1999.

Shortly after graduating, Mayer took a job as the 20th employee of Google. She was instrumental in the development of the company's early user interface and was a leader of design and programming teams internally. Her personal aesthetics influenced Google's signature simple, bold color scheme and the homepage layout. She presided over the introduction of successful Google services such as Gmail, Google Images, and Google Maps. She had a position of influence in Google's design and product development until leaving to become CEO of Yahoo in 2012.

Marissa Mayer surprised the tech community in 2012 when she announced her decision to leave Google to become the CEO of Yahoo. Yahoo's financial problems were well-known, and hopes were initially high for Mayer to help the struggling company define its place in a changing market.

Unfortunately Marissa's previous success in designing and expanding services at Google did not translate into success as an executive, and many of the goals she had for upgrading Yahoo as a search engine and entertainment platform went unrealized.

Despite the company outperforming anticipated earnings in her first couple years, she was criticized for making a large number of ill-conceived acquisitions as well as implementing ineffective cost-cutting strategies and increasing frivolous corporate expenses. Even as the company was closing office and losing sources of revenue, she threw lavish theme parties and spent excessively on benefits for corporate staff.

After Yahoo continued to experience consistent declines in earnings, usage, and stock price for years, prominent shareholders called for her resignation in 2016. Mayer was the public face of Yahoo's failures and faced major scrutiny for her style of management. Under her command, there were two major data breaches in which millions of users account information was leaked, and while they occurred in 2013 and 2014, it only became known to the public in 2016. A year later, she was asked to testify before Congress regarding her awareness and handling of the cybersecurity breaches, but she repeatedly refused leading them to issue a subpoena compelling her to testify.

She reigned as the highest paid female CEO while at Yahoo earning between $36.6 to $42.1 million in annual compensation.

After years of floundering, Yahoo was bought by Verizon for $4.48 billion in 2017, and Mayer announced she would be resigning following the sale. She received a $23 million severance package and owned $238 million worth of stock at the time of her departure. 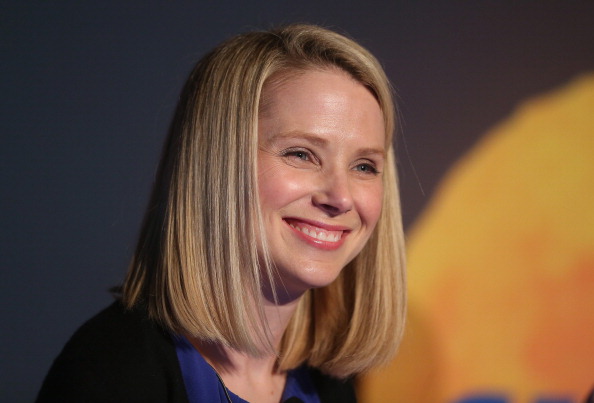 Mayer is married to hedge fund manager and investor Zachary Bogue. They have three children together and live in Palo Alto, California. In 2013, the couple purchased an 11,000 square foot $35 million mansion.

She is well-known for her intense work ethic as well as her attention to detail. Her dedication to her career and meticulous nature have been highlighted by both herself and the media. While heading a color scheme change as an engineer at Google, she had her staff crowd test twenty shades of blue to see which the consumer preferred. She also received attention for being six months pregnant when she began her tenure at Yahoo and only taking a few weeks of maternity leave.

While not free from scrutiny, Mayer's career has been marked by a number of accomplishments for which she has received acclaim. Prior to joining Yahoo, she was incredibly popular among the Silicon Valley tech crowd and received a high degree of positive coverage. She appeared on Fortune Magazine's list America's 50 Most Powerful Women in Business from 2008-2015. Glamour Magazine named her as one of their Women of the Year in 2009, and in 2013 she became the first Fortune 500 CEO to get a spread in Vogue. From 2012-2014, she was featured on Forbes' Annual list of the World's 100 Most Powerful Women.

In 2016, she sought approval from the Palo Alto City Council for a zoning permit to turn the mortuary she owned into a women's career development and family center. Although many supported the spirit of the center, the permit change was denied with residents expressing concerns related to increased traffic congestion. She received additional scrutiny in 2016 after it came to light that her resume had been created by a Bulgarian startup. Her husband along with numerous other San Francisco elites were criticized for donating to support Proposition Q, a resolution that would've banned tents from sidewalks leaving the homeless present but without their shelter.

After leaving Yahoo, Mayer co-founded a tech start-up called Lumi Labs with her former Google co-worker Enrique Muñoz Torres. The company described itself as one that seeks to apply artificial intelligence to mundane human organizational tasks. The business changed its name to Sunshine in 2020 and launched an AI-enhanced contact updating and managing app, Sunshine Contacts. The product uses AI to manage your contact book and update it with new information from across various platforms, and the company intends on expanding its offerings to other consumer services in the future.