Dan's base salary in a given year is $986,000. His total yearly compensation has been as high as $9 million on occasion.

Dan Rosensweig joined Quadrangle Group, a private investment firm, in 2007 and is an Operating Principal focused on the firm's media and communications private equity business. Prior to joining Quadrangle, he was Chief Operating Officer of Yahoo responsible for product development, marketing, international operations, and North American operations. Before Yahoo, he was president of CNET Networks, responsible for many of the operations globally, and played a critical role in overseeing the successful integration of CNET and ZDNet. During his tenure at CNET, he was a key participant in company-wide efforts to develop and introduce innovative new Internet advertising formats, such as interactive messaging units. He built ZDNet as a standalone company from Ziff-Davis, successfully took the company public, grew the business to become both profitable and among the top 20 most visited networks on the Internet, and finally merged with CNET. He was President of Ziff-Davis Internet Publishing Group from 1996 to 1997, where he oversaw magazine titles such as [email protected] Week and Yahoo Internet Life. He is the former Co-Chairman of ONE.org and currently serves on the Board of Directors of Adobe Systems, Inc. & Katalyst Media. He is also a member of the Executives in Residence program at Columbia University. He received a Bachelor of Arts degree in political science from Hobart College, Geneva, New York in 1983. He currently serves as Co-Chairman of ONE.org, a board member of SkyRider and on the advisory board of the non-profit DonorsChoose.org. 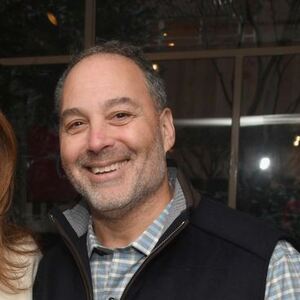