Fans and players can complain all they want about NFL commissioner Roger Goodell, but he's not going anywhere, anytime soon. That is, as long as Goodell keeps finding ways to increase the league's revenue. Should negotiations for the rights to Thursday Night Football go as some expect, the league could soon be adding another $300 million to its coffers.

The league started broadcasting games on Thursday nights in 2006, but only a handful at the end of the season. In 2012, the NFL Network began to broadcast the games, starting with Week Two. It wasn't until 2014, that CBS began broadcasting eight of these games along with the NFL Network after paying $275 million for the rights.

It was a one-year deal with a league option for a second year, with an escalator for the 2015 season that increased the price to $300 million. 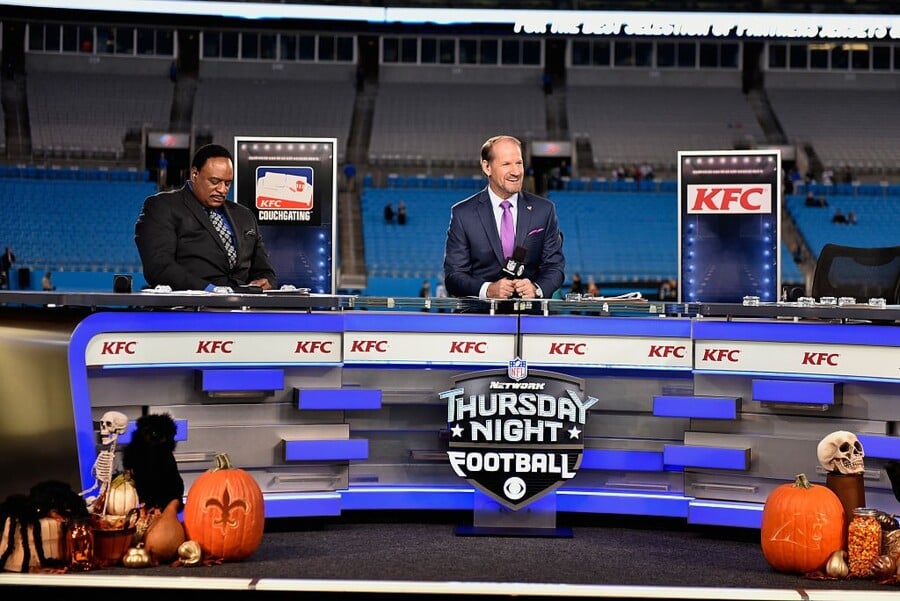 The NFL recently announced that is ready to accept bids for the rights to broadcast Thursday night games for the next two years (one year deal with a league option). Like CBS, the winner will be in charge of producing all 16 games, but will only broadcast eight of them (the other eight will be seen exclusively on the NFL Network).

If some experts are right, the deal could end up being worth as much as $600 million a year. Bids are expected to start at $300 million with CBS, Fox, NBC, and Turner all expected to turn in an offer. CBS will likely have a leg up on the competition, since they have been broadcasting the games for the last two years, but rumor has it that NBC Universal CEO, Steve Burke, really wants the games.

NBC Sports has a history of being rather aggressive in the pursuit of packages it wants. Last year, the network locked up the rights for the next six Olympics, for $7.75 billion.

Along with proposals for Thursday night, the league may also be looking to package global digital right to its international series, and possibly Thursday night as well. The league received $20 million from Yahoo! for the October 25 game between the Buffalo Bills and Jacksonville Jaguars in London. The game received 15.2 million unique views.

Unlike the deal with Yahoo!, these games would not be exclusive, and would broadcast on television as well.

The players have not hidden their disdain for Thursday night games, but with money to be made, there is no way the league will be getting rid of them any time soon.