What is Phylicia Rashad's net worth and salary?

Phylicia Rashad is an American Tony Award winning actress and singer who has a net worth of $25 million. Phylicia Rashad is probably best known for her performance as Clair Huxtable on the hit NBC sitcom "The Cosby Show." Later, she re-teamed with Bill Cosby to play Ruth Lucas on the CBS sitcom "Cosby." Rashad has appeared in numerous movies and on Broadway, including in "Into the Woods," "Jelly's Last Jam," "Cat on a Hot Tin Roof," and "A Raisin in the Sun," for which she won a Tony Award.

After releasing the disco concept album "Josephine Superstar" in 1978, Rashad came to be recognized for her Broadway stage work in the 1980s. Among her early credits, she played Deena Jones in "Dreamgirls," serving as the understudy of Sheryl Lee Ralph, and was a munchkin in "The Wiz" for almost four years.

Rashad continued to make a name for herself on stage, appearing in Broadway productions of Tracy Letts' "August: Osage County," Stephen Sondheim's "Into the Woods," and George C. Wolfe's "Jelly's Last Jam." In 2004, she hit a new career peak when she starred in a revival of "A Raisin in the Sun." For her portrayal of Lena Younger, Rashad became the first black actress to win the Tony Award for Best Actress in a Play. The next year, she was nominated for the same award for her performance in August Wilson's "Gem of the Ocean."

Among Rashad's other Broadway credits are productions of Tennessee Williams' "Cat on a Hot Tin Roof," costarring James Earl Jones and Anika Noni Rose, and Melvin Van Peebles' "Ain't Supposed to Die a Natural Death." Rashad has also starred in many off-Broadway productions, including "Bernarda Alba," "Cymbeline," and "The Duplex" at the Lincoln Center; "Helen" and "Everybody's Ruby" at the Public Theater; "The Sirens" at the Manhattan Theatre Club; and several productions with the Negro Ensemble Company, such as "Puppet Play," "Weep Not For Me," and "In an Upstate Motel." Additionally, Rashad has done regional theatre at such venues as Atlanta's Alliance Theatre and Washington, DC's Arena Stage. 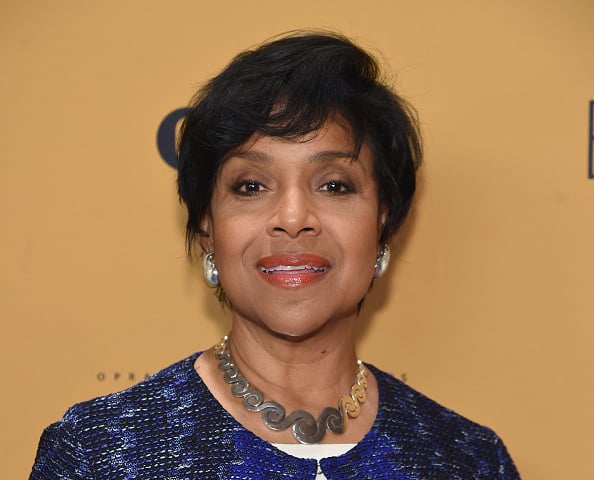 In 2007, Rashad tried her hand at directing with the Seattle Repertory Theatre's production of "Gem of the Ocean." Later, in 2014, she directed a revival of August Wilson's "Fences" at Princeton, New Jersey's McCarter Theatre. Rashad continued to focus on August Wilson's work in 2016, when she directed the playwright's "Ma Rainey's Black Bottom" at Los Angeles' Mark Taper Forum.

After playing a regular role on the ABC soap opera "One Life to Live," Rashad landed her star-making television role in 1984 on the NBC sitcom "The Cosby Show." The actress played attorney Clair Huxtable, wife of obstetrician Cliff Huxtable, played by Bill Cosby, and mother of five children. The program ran until 1992, and earned Rashad two Emmy Award nominations. During this time, Rashad appeared in the television movies "Uncle Tom's Cabin," "False Witness," "Polly," and "Jailbirds." She also appeared as Clair Huxtable in four episodes of the sitcom "A Different World."

In 1996, Bill Cosby returned to television with the CBS sitcom "Cosby"; the actor called Rashad to play his character's wife, Ruth Lucas. The program ran until 2000. Later, Rashad appeared on an episode of "Everybody Hates Chris" and on three episodes of the detective series "Psych." In 2008, she reprised her Tony-winning role as Lena Younger in a television film adaptation of "A Raisin in the Sun." Later TV credits have included "The Cleveland Show," "Jean-Claude Van Johnson," "When We Rise," "This Is Us," "Station 19," and a recurring role on "Empire."

On the big screen, Rashad made her starring debut in the 1996 period drama "Once Upon a Time… When We Were Colored." This was followed by the comedy "Loving Jezebel" in 1999. In 2010, Rashad appeared in three movies: the romcom "Just Wright," with Queen Latifah and Common; the Halle Berry drama "Frankie and Alice"; and Tyler Perry's "For Colored Girls," which had an ensemble cast starring Janet Jackson, Kerry Washington, Whoopi Goldberg, and Anika Noni Rose. Rashad worked with Perry again in 2012 on his romantic drama "Good Deeds." Later films credits include "Gods Behaving Badly," as well as the sports drama "Creed" and its sequel, "Creed II." In 2020, Rashad was in Tyler Perry's "A Fall from Grace," the horror film "Black Box," Netflix's fantasy musical "Jingle Jangle: A Christmas Journey," and Disney/Pixar's "Soul."

Rashad has been wed three times. The first marriage was in 1972 to dentist William Lancelot Bowles Jr.; the couple had one son, and divorced in 1975. Next, in 1978, Rashad married Victor Willis, the original lead singer of the Village People. They divorced in 1982. In 1985, Rashad wed former NFL play and sportscaster Ahmad Rashād, whose surname she adopted. He proposed to her during a pregame show for a televised Thanksgiving Day football game. The following year, they had a daughter, Condola. The pair ended up divorcing in 2001. 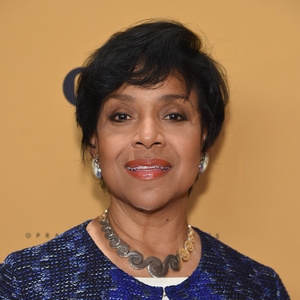