The Weeknd Net Worth

in Richest Celebrities › Singers
The Weeknd Net Worth:
$300 Million
💰 Compare The Weeknd's Net Worth

What is The Weeknd's Net Worth?

The Weeknd is a Canadian recording artist and record producer. The Weeknd has a net worth of $300 million. After breaking into the music industry through YouTube, today The Weeknd is one of the most recognized faces in the Hip-Hop/Rap/R&B genre, and his unique musical style sets him apart. He has has sold more than 70 million records in the United States alone, and he has won many awards, including multiple Grammys. Outside of music, The Weeknd has also been involved in various entrepreneurial pursuits. This includes collaborations with various brands and the creation of his own personal brand called "XO."

Today The Weeknd is one of the highest paid entertainers in the world. In a given year when he is touring, The Weeknd can easily earn $90 million before taxes.

The Weeknd's real name is Abel Makkonen Tesfaye, and he was born on February 16th, 1990. He grew up in Toronto, Ontario, and was raised by his mother and his grandmother after his parents separated. The Weeknd is of Ethiopian heritage, and his parents emigrated to Canada in the late '80s. Tesfaye's father was not involved in his life during his childhood, and the two only saw each other once or twice. Religion had a large influence on Tesfaye's early years, and he frequently attended the Ethiopian Orthodox Church. Despite his religious involvement, Abel Tesfaye starting using drugs at age 11. What started as a marijuana smoking habit later grew into a reliance on harder drugs, and Tesfaye claims that he committed crimes to fund his addiction. Although he attended high school, he didn't graduate, as he dropped out before his final year.

Tesfaye stated that his stage name comes from the fact that he left high school and his family's house "one weekend and never came home." Three years after he left high school, he ran into a producer called Jeremy Rose. Rose had been playing with the idea of creating "dark R&B" for some time and saw Tesfaye as a perfect figurehead to lead the movement. Rose produced a number of songs that Tesfaye rapped on. At this point, the musician was using monikers like "Kin Kane" and "The Noise." Rose gave Tesfaye permission to use the songs on the condition that he would be credited as a producer. Tesfaye then uploaded the tracks to YouTube, and he quickly gained a considerable following – even drawing the attention of Drake.

The Weeknd's first major release was a mixtape called House of Balloons. The album included tracks made with the help of a range of producers, including Jeremy Rose, although he was not credited as per the previous agreement. The album was a massive success, and once again Drake voiced his praise for the artist. Drake also attended The Weeknd's first concerts and later approached him with a plan to collaborate. The two Canadian artists then toured together, with The Weeknd typically performing the opening act for Drake. After The Weeknd released two more mixtapes, he was approached by several major record labels who wanted to sign him.

After touring throughout the United States and Europe in 2012, The Weeknd partnered with Republic Records in a joint venture that also saw the creation of his own imprint, XO. XO is The Weeknd's own record label that acts as a subsidiary of Republic Records. This relationship saw the release of Trilogy, which was a compilation of The Weeknd's first three mixtapes. Jeremy Rose was finally credited for the songs he had produced. The album performed well, charting at number four on the U.S. Billboard 200.

His first studio album came a year later with the release of Kiss Land. The album featured Drake on several tracks and debuted at number two on the U.S. Billboard top 200. The next few years saw The Weeknd collaborating with artists such as Justin Timberlake and Ariana Grande, as well as touring extensively.

Beauty Behind the Madness was The Weeknd's second studio album, and it was released in 2015. In its first week of release, the album had sold 412,000 units and reached the top spot on the U.S. Billboard 200. It eventually went platinum, selling 1.5 million copies globally. Shortly afterward, The Weeknd became the first male artist to simultaneously hold the top three spots of the Billboard Hot R&B Chart with three singles that eventually all went platinum.

In 2016, The Weeknd released his next album: Starboy. The album included tracks featuring the well-known French electronica group, Daft Punk. After collaborating with a range of other artists and touring once again, The Weeknd released My Dear Melancholy in 2018. The Weeknd set Guinness World Records in 2017 for Most Streamed Album on Spotify in One Year.

In 2018, he also released his first greatest hits album: The Weeknd in Japan. In 2020, The Weeknd announced the title of his next album: After Hours. 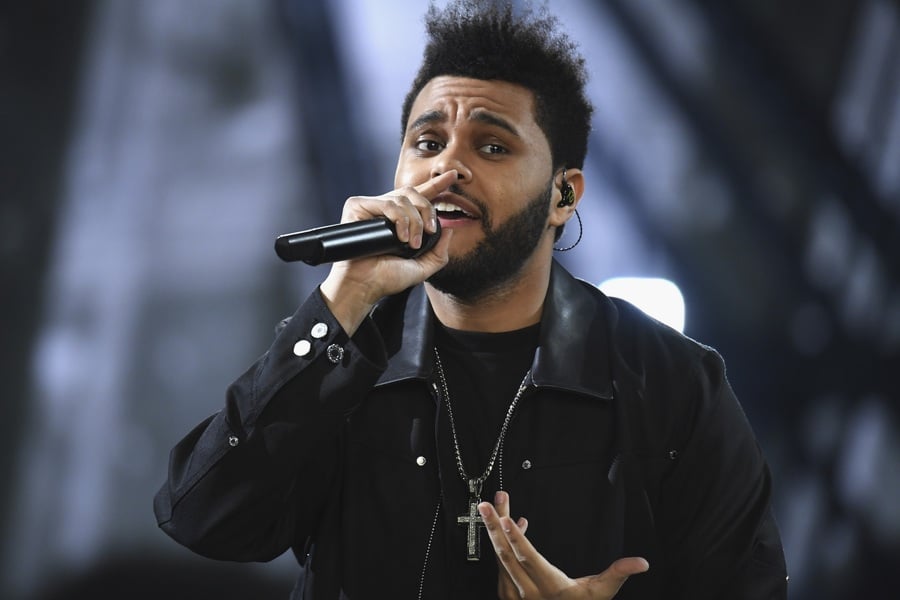 The Weeknd is a singer, although he's "grouped in" with other rap and hip-hop artists. His influences include singers like Michael Jackson and Prince. His lyrics deal with heavy emotional issues, and his music blends indie and electronic styles with R&B.

The Weeknd has collaborated with condom companies, e-cigarette manufacturers, and Marvel. He is also one of the "faces" of Apple Music, and he has acted as a brand ambassador for Puma. The Weeknd is also heavily involved with fashion and sells his own "XO" branded merchandise. He has also collaborated with brands such as A Bathing Ape and designers such as Alexander Wang. The Weeknd owns shares in esports company OverActive Media Group.

The Weeknd started dating well-known model Bella Hadid in 2015. Citing scheduling conflicts due to their hectic lifestyle, they split in 2016. He also dated Selena Gomez for a spell in 2017, and the couple lived together for a brief period before splitting up. In 2018, The Weeknd returned to Bella Hadid once again, but their pair separated in 2019 for the second time.

In December 2019 The Weekend purchased a penthouse in Los Angeles overlooking the Beverly Hills Country Club for $21 million. The building's monthly HOA fee is $6,800. Before putting down roots in LA he had been renting a triplex penthouse in New York City that cost $60,000 per month.

The Weeknd previously owned three-acre estate in Hidden Hills, California which he picked up for $18 million in June 2017. In June 2020 he listed this property for sale for $25 million. He sold the home in April 2021 to Madonna for $20 million.

In August 2021 the Wall Street Journal reported that The Weeknd had paid $70 million for a mansion in Los Angeles' Bel Air neighborhood. The 33,000 square foot house, which sold in an off-market deal, sits on 1.6 acres overlooking the Bel-Air Country Club. The property features an indoor pool, sports court, movie theater, gym, music studio and outdoor pool.

He was arrested in 2015 for assaulting a police officer in Las Vegas. He was sentenced to 50 hours of community service.

He has won multiple awards over the course of his career. These include three Grammy Awards, eight Billboard Awards, two Junos, and two American Music Awards. He was also nominated for an Academy Award. 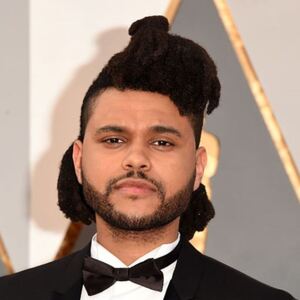