Thursday night's game between the Jacksonville Jaguars and Tennessee Titans might have seemed like a meaningless matchup between two of the league's bottom dwellers. After all, coming into the game, the teams were a combined 4-24 this season. On the other hand, for Jaguars Defensive Tackle Sen'Derrick Marks, it was a chance to make a little extra cash.

On the last play of the game, Marks sacked Titans quarterback Charlie Whitehurst. That gave him 8.5 sacks on the season, enough to activate a $600,000 bonus in his contract. It's pretty rare for an interior defensive lineman to reach eight sacks in a year, and Marks celebrated accordingly–he pointed to the press box to Jaguars GM Dave Caldwell and channeled his inner Johnny Manziel, making the money sign with both hands. 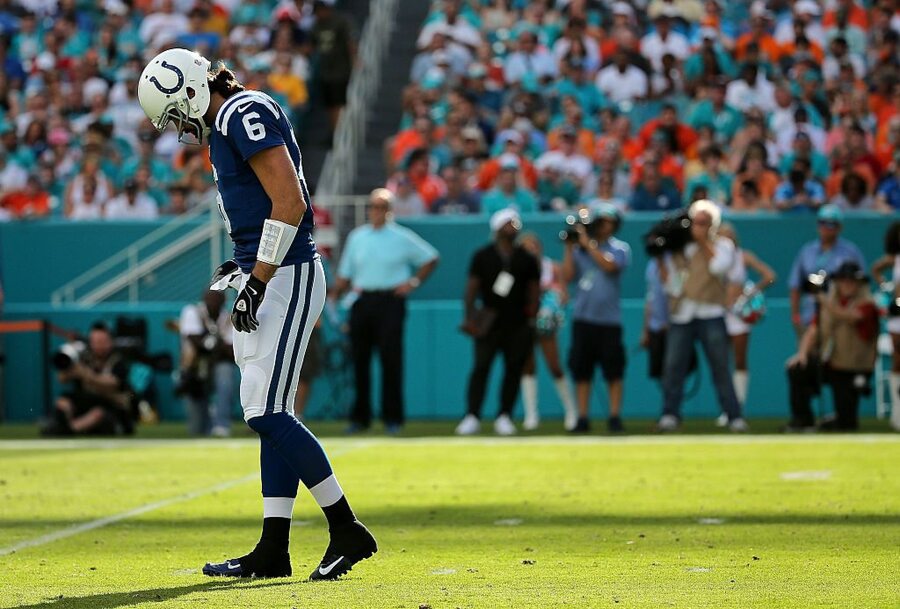 Marks signed a five year, $19.5 million contract at the end of 2013, and has been playing at a Pro Bowl level this year. Which is a good thing, because although only $8 million of his contract his guaranteed, he can earn up to $4 million in bonuses by reaching sack milestones and making Pro Bowl appearances.

In fact, more than half of Marks' career sacks have come in this season. He's now totaled 16.5 in six seasons–coincidentally, his first four years in the league were with Tennessee. It's only fitting that he earned a big pay day playing against them. As a thank you to his teammates, Marks offered to take any Jaguar who was interested out to dinner after the game. Not a bad gesture!

Marks actually reached the eight-sack mark two weeks ago, when he was credited with a half sack against the Texans' Ryan Fitzpatrick. Unfortunately, the sack was taken away in a scoring change. Marks wasn't deterred, and left no doubt this time around, as he dragged Whitehurst down all by his lonesome.

Not only did Marks get his bonus, his team got the win. Jacksonville improved to 3-12 on the season. Though they've struggled mightily recently, fairly young, talented players like Marks, coupled with a very promising receiving corps and the number three pick in the 2014 draft (Blake Bortles) might be enough to make the Jags competent in the coming years. And that's a feat that certainly would be worth a hefty bonus.