What is Saul Alvarez's Net Worth and Career Earnings?

Saul Alvarez, AKA "Canelo", is a professional Mexican boxer in the Light Middleweight division who has a net worth of $180 million. Alvarez is a four-division world champion who has been described as the best pound-for-pound boxer in the sport. Saul Alvarez has proven a formidable opponent for virtually every fighter he's ever faced.

Saul Alvarez's full name is Santos Saúl Álvarez Barragán, and he was born on July 18th of 1990. Alvarez was born on the outskirts of Guadalajara, although his family moved to Juanacatlan when he was five. Alvarez is the youngest among 7 siblings, and the children were raised on their family's farm. All six of Saul's brothers also became professional boxers. In his youth, Saul enjoyed horseback riding. Alvarez is well-known for his red hair, which is quite rare in Mexico. The nickname "Canelo" means "cinnamon" in Spanish, and it's a reference to Alvarez's hair color.

Saul Alvarez first started boxing when he was 13 years old, following in the footsteps of his older brothers. His amateur record was immediately impressive, and he won the silver medal in the Mexican Junior Championship before winning gold next year at the age of 15.

Shortly after winning gold, Alvarez went pro. Although amateur boxers generally don't make their debut at age 15, Alvarez made the jump simply because no one else wanted to fight him. Although he was fighting boxers much older than he was, he knocked out most of his opponents. In 2006, he had won the welterweight title.

Alvarez then moved to light middleweight, winning the WBC silver title in 2010. That year, he also became the first boxer to knock out Carlos Baldomir. Alvarez continued to successfully defend his title time and time again, eventually beating Austin Trout in 2013. Later that year, Alvarez suffered a major loss against Floyd Mayweather.

Saul Alvarez then went on to win many more fights, starting with a victory over Alfredo Angulo in 2014. Another important victory came in 2015 when Alvarez beat Miguel Cotto in 2015. With this victory, Alvarez had secured the WBC, Ring, and lineal middleweight titles. He defended these titles with a stunning knockout against Amir Khan.

In 2016, Alvarez dropped weight to challenge Liam Smith, who held the WBO light-middleweight world title. He took the title from Smith with a devastating strike to the body. After a long period of negotiations, Alvarez fought Julio Cesar Chavez Junior, winning in a unanimous decision. This set up the fight that everyone had been waiting for: Alvarez vs. Golovkin.

Negotiations for the Golovkin fight had been going for years prior to the official announcement. In September of 2017, the two fighters were declared equals with a split-decision. A rematch was inevitable, and it was scheduled for May of 2018. However, Alvarez tested positive for an illegal substance and was suspended for six months. In a bizarre twist, Golovkin was also stripped of his title.

The rematch was still a priority for both fighters, however, and after a long period of negotiations, it was eventually scheduled for 2018. Alvarez won the fight in another controversial decision, with many media outlets and fans scoring it in Golovkin's favor.

After gaining a victory in super middleweight, Alvarez returned to middleweight to beat Daniel Jacobs. He then moved up two weight classes to beat Sergey Kovalev at light heavyweight in 2019. 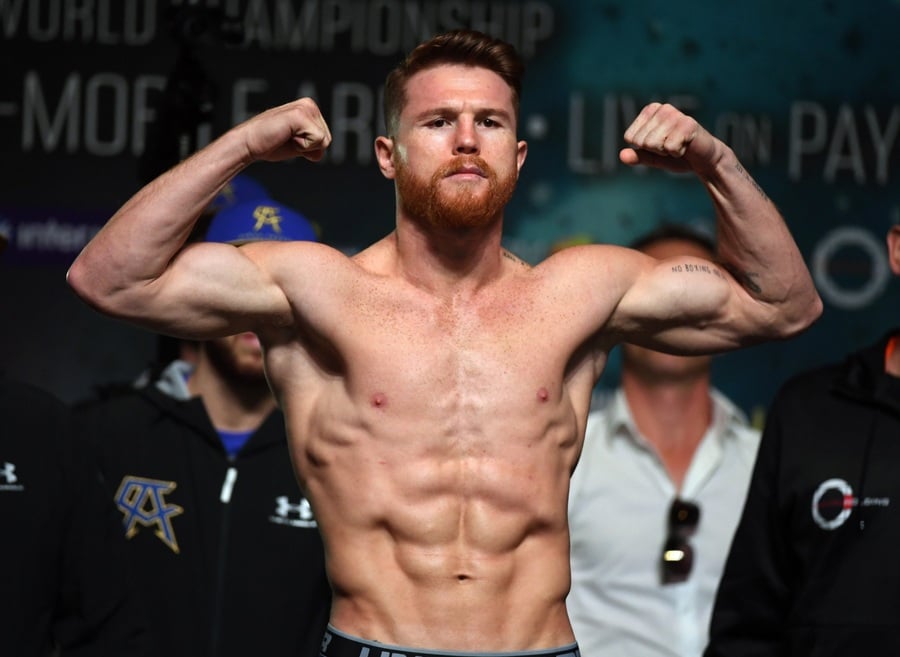 Saul Alvarez is known for his terrific counterpunching ability, and he finds and fully exploits small gaps in his opponents' guards. Alvarez is also renowned for his powerful body punches, often ending punches with a strike to the liver. Additionally, he is known for his head movement, which makes him vulnerable – but this tactic comes with its own set of rewards. Canelo has shown his extraordinary intelligence in almost every fight, setting traps for his opponents with creative combinations that keep everyone guessing. Canelo often ends fights with these combinations, so when you see him land more than 3 punches, the fight is usually over.

One of the best boxers in the world, Manny Pacquiao, was allegedly offered a whopping $65 million to face Saul in Mexico, but Pacquiao declined. However, Alvarez would have many more opportunities to earn big money on major fights. On May 5th, 2012, Saul Alvarez earned a purse of $1.2 million when he faced and subsequently defeated Sugar Shane Mosley. On September 16th of 2012, Saul Alvarez defeated Josesito Lopez and earned a $2 million purse, plus a $100,000 knockout bonus from Golden Boy Promotions.

For the Mayweather fight, Saul earned a $5 million purse despite losing, plus a percentage of PPV profits, bringing his total up to $12 million. On November 21, 2015, Saul Alvarez earned a purse of $5 million when he defeated Miguel Cotto. During that fight, HBO reported 900,000 PPV buys, which amounted to $58 million in domestic revenue. In May 2016, Saul Alvarez earned an estimated $15 – $25 million when he defeated Amir Khan. The NCAS reported a live gate of over $7 million.

Between June 2017 and June 2018, Saul earned $44 million from endorsements and boxing purses. Alvarez earned more than $40 million from the Golovkin fight, during which ESPN reported a live gate of over $20 million. When they fought again in September 2018, Canelo was guaranteed $25 million just to show up. The rematch generated more than $94 million in PPV buys.

In 2018, DAZN struck a $365 million deal with Alvarez that guaranteed his next ten fights would be broadcast through them. At the time it was one of the largest sports contracts in history. Thanks in large part to this deal and a number of endorsements, between June 2018 and June 2019, Canelo earned $95 million from his various income sources.

In September 2020 Canelo filed a breach of contract lawsuit against DAZN, Golden Boy Promotions and Golden Boy's CEO Oscar De La Hoya. At the time of the filing, his last fight was in November 2019 against Sergey Kovalev.

The lawsuit sought $280 million in damages plus lost sponsorship and gate revenue. The lawsuit was sparked after a year of bickering among the parties that, at the time of filing, predicted Canelo would not have a single fight for all of 2020. DAZN has been reportedly upset at the opponents Canelo chose to face, finding them to be not "premier". DAZN reportedly offered Canelo half of his guaranteed $35 million purse to fight a boxer named Billy Joe Saunders. An offer that was refused. The crux of the lawsuit is that Canelo either wants to be paid the $35 million he believes he is guaranteed to fight the opponents he proposes/chooses with DAZN and Goldenboy OR he wants out of his contract so he can pursue fights independently. Canelo believed that according to the contract, he could select future opponents with Golden Boy. He further claimed that Golden Boy had a separate contract that gave DAZN the right to approve or reject potential opponents. 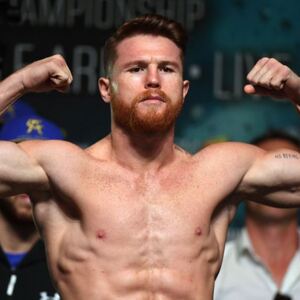