How much is Olivia Longott Worth?

Olivia Longott net worth: Olivia Longott is an American R& B singer who has a net worth of $4 million. Olivia Longott, professionally known as just "Olivia", was the first artist signed to Clive Davis' J Records in 2000. She released her debut album self-titled Olivia in 2001. The album featured the singles "Bizounce" which reached #15 on the charts, and "Are U Capable". The full length album debuted at #55 on the Billboard 200. Olivia was also the first woman singer signed to G-Unit Records in 2004. She performed vocals on the group's debut album Beg for Mercy. Olivia contributed some vocals on 50 Cent's album The Massacre, including the album's number-one single "Candy Shop". Olivia was born on February 15, 1981, in Brooklyn, New York. She is of Jamaican, Native American and Cuban descent. Her first solo single released was "Twist It", featured fellow G-Unit member Lloyd Banks recorded by G-Unit Records. Her follow up single came in the summer of 2005 titled "So Sexy", however both of the singles failed to debut on the charts due to a lack of promotion. While attending Hofstra University in New York, Olivia planned her second album Behind Closed Doors, which was set to be released by both Interscope and G-Unit Records in 2005. However in 2007 she and G-Unit Records ended their working relationship therefore her second studio album Behind Closed Doors was shelved. However, several websites offered the album which was distributed as a mixtape and available for download. Since then Olivia is now working with an acting coach and has been auditioning for both television and film roles. Her acting debut will be in a film directed by Shawn Barker titled Conspiracy X. She released her first music video for "December" the first single off of her new album on April 12, 2011. This album was a very big hit worldwide; the single is also available in iTunes. She recorded this song on an episode of "Love & Hip Hop" on VH1, which has a second season coming soon. 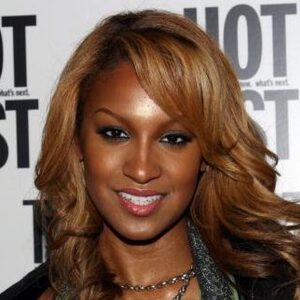