What is Roger Goodell's Net Worth and Salary?

Roger Goodell is an American sports executive who currently serves as the Commissioner of the National Football League. Roger Goodell has a net worth of $200 million. His annual salary in most recent years is a minimum of $50 million and sometimes has been higher than $60 million.

After it was announced that Paul Tagliabue was retiring as commissioner, Roger was selected as a finalist alongside three other figures. In 2006, he won the title of commissioner after a close vote.

After beginning his tenure of commissioner, Goodell has earned a reputation as one of the most powerful men in the sporting industry. Roger started his career within the NFL as an unpaid intern, although his family is quite prestigious, and he has considerable connections. He is the son of the late Charles Goodell, former congressman and U.S. Senator for New York.

Roger Stokoe Goodell was born on February 19th of 1959 in Jamestown, New York. Born into a family with close ties to U.S. politics, Roger quickly became an avid athlete during his high school days. He was raised alongside four brothers. During these early years, Roger played on the football, basketball, and baseball teams. He served as captain for all three teams and was set to play college football. However, injuries prevented him from doing this. After graduating, he attended Washington & Jefferson College and earned a degree in economics.

Roger famously began his NFL career in 1982 as an unpaid administrative intern in the league office, located in New York. Although Goodell briefly joined the New York Jets as an intern, he returned to the league office in 1984. By 1987, Roger had been appointed the assistant to the president of the American Football Conference. He then spent more than a decade taking on a variety of roles under Paul Tagliabue, and eventually Roger reached the position of Executive Vice President and Chief Operating Officer in 2001.

As COO, Roger was responsible for football operations, officiating, business functions, and NFL Ventures. During this period, Goodell was instrumental in the creation of the NFL Network and the collective bargaining agreement. After the retirement of Tagliabue, Goodell was voted in as the next Commissioner of the NFL.

During Roger's time as commissioner, he has made a number of notable actions. He has stated that his number-one concern is to protect the integrity of the league and the sport of football. Roger created the NFL International Series, which allowed a number of games to be played in Europe. He also created a new NFL Personal Conduct Policy after scandals began to mount in 2007. Several players were suspended as a result of this new policy – some without pay. 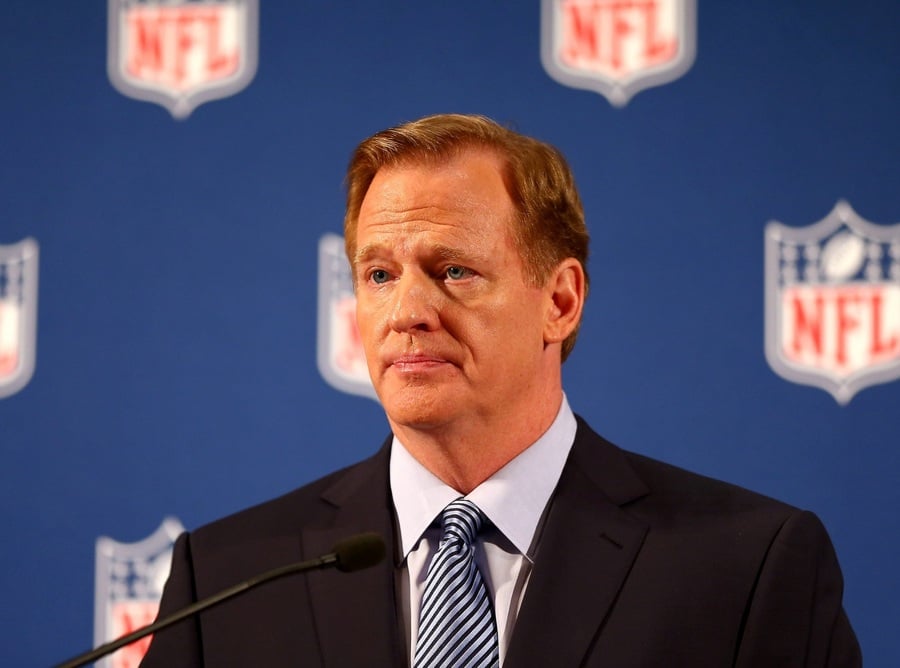 2007 also saw the rise of "Spygate," a scandal that saw Patriots Coach Bill Belichick videotaping the defensive signals of the New York Jets. Belichick was fined $500,000 but was not suspended. In 2011, Roger's input was required during the 2011 NFL Lockout. His negotiating skills and ability to settle disputes allowed the situation to be resolved.

In 2012, Bountygate surrounded the NFL in controversy once again. This arose after the Saints allegedly imposed a bounty program that paid their defensive players bonuses for harming other players. According to the allegations, Saints defenders were encouraged to take opposing players out of the game by injuring them severely. If the opposing players had to be removed from the game as a result of their injuries, the Saints defenders were rewarded. As a result, Roger handed out some of the harshest penalties in NFL history. Coaches were suspended for entire seasons, and heavy fines were issued.

Other notable issues during Goodell's reign include the 2012 referee lockout and the growing concern about brain damage suffered by players. To deal with the latter issue, a $675 million compensation fund was set up to allow former NFL players to collect from if they have suffered brain damage. However, a District Judge refused to accept the settlement. Deflategate was another notable issue, and in 2018 Roger famously created a new policy that required all players to stand during the national anthem. Those who didn't want to stand were given the choice to stay in the locker room. However, Goodell has backpedaled slightly on this position in the face of continued pressure from Marxist groups.

Here is a rundown of Goodell's earnings throughout the years. As you can see, Roger's income fluctuates considerably, and it peaked in 2014 and in 2016 with $45 million. The NFL stopped reporting his salary in 2018, but he is believed to earn $50 million per year today.

In 1997, Roger Goodell married Jane Skinner, a well-known anchor for Fox News. In 2001, the couple welcomed twin daughters into the world.

In an average year, Goodell earns around $45 million in total compensation (salary and bonuses). For example, his typical base salary is around $7 million and his typical bonus ranges from $35 to $40 million.

In 2017, Roger signed a contract extension to maintain his position as NFL commissioner until the start of the 2024 season. Goodell has described the contract as the last he will sign with the league. Roger's contracts have always been majority incentive-based. For example, when he earned $7 million out of $45 million in previous years, 85% of his pay was incentive-based.

Under this new deal, his contracts are reportedly 90% incentive-based. The bonuses are tied milestones based on the NFL's financial performance. When you take these incentives into account, the 5-year deal could easily be worth at least $200 million. This means that by the time he retires, Roger will have earned more than $500 million in salary and bonuses since joining the NFL as an unpaid intern.

During the 2017 contract negotiations, Goodell reportedly pushed for $50 million in annual earnings and lifetime use of the NFL's private jet for him and his family. 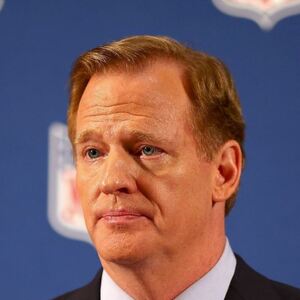