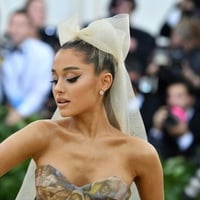 What is Ariana Grande's net worth?

Ariana easily earns at least $20-30 million in a given year. Between June 2019 and June 2020, Ariana earned an astonishing $70 million from her various endeavors.

Grande was born in Boca Raton, Florida on June 26, 1993. She began studying voice and acting while in elementary school. In Florida, she performed as part of the Little Palm Theatre for Young People, and then for the Fort Lauderdale Children's Theater.

In 2008, she was cast in the hit Broadway musical, 13. At which point, she left high school and began being homeschooled in order to perform in the production. She was then cast as Cat Valentine on Nickelodeon's sitcom, Victorious, in 2009. The show's final episode aired on February 2, 2013. She also appeared in episodes of iCarly and provided the voice of Princess Diaspro for the Winx Club.

Grande's debut full length album Yours Truly—originally entitled Daydreamin'—was released on August 30, 2013. The album, which featured appearances by artists Big Sean and Mac Miller, briefly hit #1 on the US Billboard top 200 chart. It reportedly sold between 100,000 and 120,000 copies in its first week and was #1 on iTunes in over 30 countries practically overnight.

She released her second studio album, My Everything, one year later in August 2014. Between her first two albums, she has sold over two million albums worldwide. Grande's third solo album, Dangerous Woman, debuted in May 2016.

Grande has also toured the world extensively. According to Billboard, her Dangerous Woman tour grossed $71 million. (That's gross earnings, not profits, yet it was still enough to rank as one of the highest grossing tours in the world in 2017.)

In 2019, she had two #1 albums—Sweetener and Thank U, Next—within six months of each other. Grande also became the youngest and only the fourth female artist ever to headline the Coachella Valley Music and Arts Festival in April 2019.

On average, Grande has earned $20–30 million per year from her various endeavors. Between June 2018 and June 2019, she earned $50 million. She grossed (before taxes) $1 million for every stop of her 34-stop Sweetener World Tour.

According to reports, Grande was paid $8 million for both days that she performed at California's Coachella Valley Music and Arts Festival in 2019.

In 2016, Grande released a limited edition handbag with Coach; debuted a line of lip shades with MAC Cosmetics that donated all proceeds to the MAC AIDS Fund; launched a fashion line with Lipsy London; and collaborated with Brookstone and artist Wenqing Yan to create cat ear headphones.

She became a brand ambassador for Reebok in 2017 and partnered with Starbucks for the launch of the Cloud Macchiato beverage in 2019. In the summer of 2019, luxury French fashion house Givenchy also unveiled Grande as the face of its Fall-Winter campaign.

Additionally, Grande has appeared in commercials for Macy's, T-Mobile, and Apple, as well as for her own fragrances. Between 2015 and 2019, Grande released seven fragrances with Luxe Brands. Her three fragrances Moonlight, Sweet Like Candy, and Ari by Ariana Grande have generated more than $150 million in revenue globally since they hit the market in September 2015.

Grande's parents Joan Grande, the CEO of Hose-McCann Communications, and Edward Butera, a graphic design firm owner, are separated. She has an older half-brother, Frankie Grande, who is an entertainer and producer.

Grande dated actor Graham Phillips from 2008 to 2011. In 2012, Grande recorded "The Way" with late rapper Mac Miller and the two went on to date from 2016 until May 2018. Shortly after her split from Miller, Grande started dating actor and comedian Pete Davidson. The two announced their engagement in June 2018, but ultimately called it off and ended their relationship in October 2018.

Although Grande was raised Roman Catholic, she has since abandoned Catholicism, noting her opposition to the church's stance on homosexuality. Since the age of 12, she has followed the teachings of Kabbalah.

In terms of Grande's health, she has stated that she is hypoglycemic. Additionally, following the Manchester Arena bombing in 2017, she discussed having post traumatic stress disorder (PTSD) and anxiety. In 2018, she announced on social media that she almost pulled out of her performance in the television special A Very Wicked Halloween due to anxiety.

Grande endorsed Senator Bernie Sanders's second presidential bid in November 2019. She has also been vegan since 2013, and at press time, owns five dogs—several of which she has rescued. 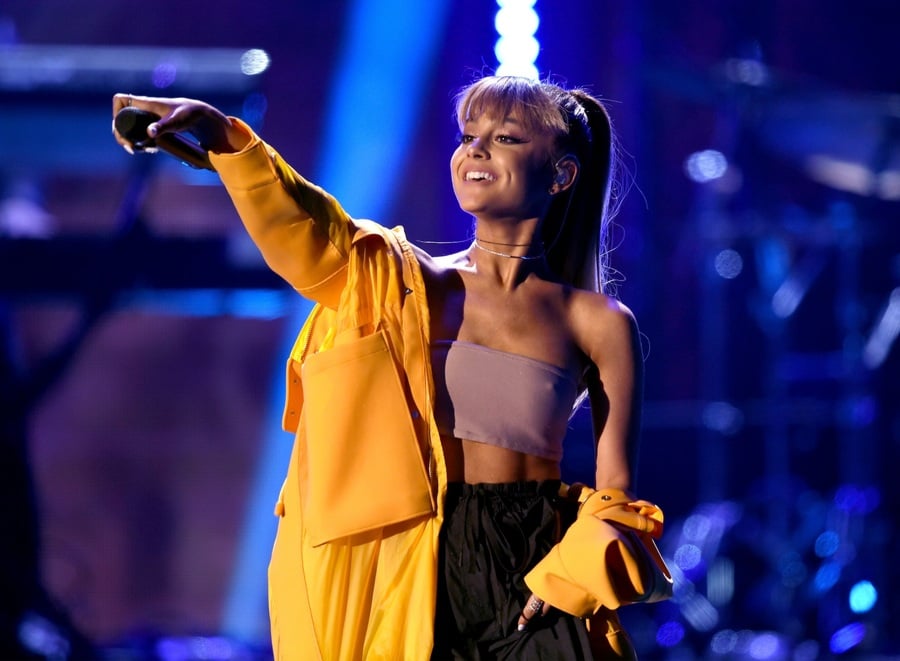 In 2003, when Grande was 10 years old, she co-founded the South Florida youth singing group Kids Who Care, which performed at fundraising events. (The group raised over $500,000 for charities in 2007 alone.) In 2009, she performed and taught music and dance to children in Gugulethu, as a member of the charitable organization Broadway in South Africa.

She was featured alongside actresses Bridgit Mendler and Kat Graham in Seventeen's 2013 public campaign, "Delete Digital Drama," which aimed to put an end to online bullying. That same year, after watching the film Blackfish, she began to speak out against SeaWorld and urged fans to stop supporting the theme park chain.

In 2016, Grande joined Madonna to raise funds for orphaned children in Malawi, and recorded "Better Days" with Victoria Monét in support of the Black Lives Matter movement.

She organized the One Love Manchester concert and released a live album of the concert to aid the victims of the 2017 Manchester Arena bombing. (The total amount raised was $23 million, reportedly.)

Furthermore, Grande also performed at A Concert for Charlottesville to benefit the victims of the August 2017 white nationalist rally in Charlottesville, Virginia; participated in March for Our Lives to support gun control legislation in 2018; and donated the proceeds from the first show on her Sweetener World Tour to Planned Parenthood.

Ariana Grande's primary residence is a 6,000-square-foot Beverly Hills home. The gated property boasts expansive views of the Hollywood Hills and has an impressive outdoor seating area, including a pool and hot tub. She actually does not own this house and has instead been renting it for an undisclosed price for several years.

Also in June 2020, Ariana bought a home in Montecito, California from Ellen DeGeneres for $6.75 million. Ariana sold this home in September 2022 for $9.1 million.

While on the East Coast, Grande spends time in a 4,000-square-foot apartment that is located within the Zaha Hadid Building and is reportedly worth $16 million. According to sources, it's unclear if she rents or owns the sprawling four-bedroom Manhattan residence, which was initially intended for her to share with former fiancé Pete Davidson.

In March 2021, Ariana paid just under $9 million for another home in Los Angeles.