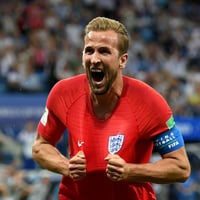 Harry Kane net worth and salary: Harry Kane is an English professional soccer player who has a net worth of $40 million. Harry Kane was born in Walthamstow, England in July 1993. He is a striker who played with Rideway Rovers, Arsenal, Watford, and Tottenham Hotspur during his youth career. Harry Kane joined the Tottenham Hotspur's senior team in 2009. He was loaned to Leyton Orient in 2011, Millwall in 2012, Norwich City from 2012 to 2013, and Leicester City in 2013. During his senior career he has scored more than 110 goals in over 200 appearances Kane has also represented England in international competition. He was named PFA Young Player of the Year in the 2014-15 season and was top scorer for the 2015-16 and 2016-17 Premier League seasons. He has been named Premier League Player of the Month multiple times and won the Golden Boot at the 2018 FIFA World Cup.