The 10 Most Expensive Perfumes

Whether we want to admit it or not, how someone smells can actually be a deal-breaker in terms of wanting to spend more time with the person… or not.  Consequently, perfume is big business, and the most popular scents can command serious coin.  Scientists spend years crafting pleasing odor combinations, and for many of the most exotic and exclusive scents, the bottle itself is an expensive work of art.  Below are ten of the most expensive perfumes in the world.  Even a sample sniff of some of these costs more money than the average person makes in a year.

At $121.71 per ounce, Chanel No. 5 has become the perfume that everyone aspires to have in their bedroom.  Created in 1921, it has become the most popular perfume in the world, and comes in two varieties, Eau de Toilette and Eau de Parfum.

At $409.90 per ounce, this perfume for women only is an exotic combination of musk, sandalwood, tuberose, tiara flower, and neroli.  It was created by Maurice Roucel.

At $441.18, this unisex perfume was launched in 1981, and inducted into the Fragrance Foundation's Hall of Fame in 2008.  It is a combination of citrus scents.

At $765 per ounce, JAR is a distinct monetary step up from the previous three entries on the list.  Created by Joel A. Rosenthal, a jeweler, the perfume supposedly captures the way air smells just after lightning strikes.

At $800 per ounce, this perfume, launched in 1936, has the distinction of being named the Scent of the Century by the Fragrance Foundation in 2000.  336 roses and 10,000 jasmine flowers are required to produce 1 ounce.

At $1000 per ounce, this unisex perfume also comes in an limited edition Baccarat crystal bottle, with a white gold collar.  The perfume itself holds hints of clove, and a variety of spices, including red and black pepper.

At $1500 per ounce, this limited edition fragrance for women, is another Maurice Roucel creation.  Only 1000 of the square St. Louis crystal bottles were created.

At $2,350 per ounce, Clive Christian is another huge step up.  The vanilla, sandalwood, bergamot, ylang yang fragrance comes in a lead crystal bottle with a 1/3 carat diamond on the neck.

At $6,800 per ounce, this perfume is expensive for both the scent itself and the bottle it comes in.  Baccarat created bottles for multiple fragrances, and then decided to create a fragrance to go with their signature crystal bottles.  They released their frankincense and myrrh scents in very limited editions in the late 90s, in gorgeous crystal bottles.

At $12,951 per ounce (yes, you read that number correctly), this is by far the most expensive perfume ever made.  Only 10 bottles exist.  The bottle crafted by Baccarat, features Baccarat crystal, a five carat white diamond, and an 18-carat solid gold collar. 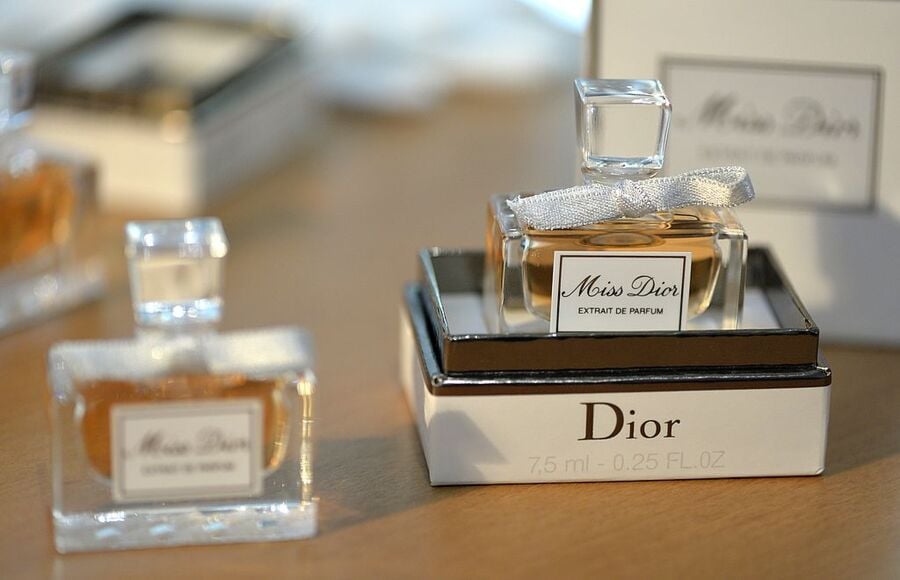 MIGUEL MEDINA/AFP/Getty Images
Did we make a mistake?
Submit a correction suggestion and help us fix it!
Submit a Correction