Hope Sandoval net worth: Hope Sandoval is an American singer and songwriter who has a net worth of $3 million. Hope Sandoval was born in Los Angeles, California in June 1966. She is best known for being the lead singer for the bands Mazzy Star and Hope Sandoval & the Warm Inventions.

Mazzy Star formed in 1989 and released their debut studio album She Hangs Brightly in 1990. The band has some success with their albums So Tonight That I Might See in 1993, Among My Swan in 1996, and Seasons of Your Day in 2013. Their most successful single "Fade Into You" reached #3 on the US Modern Rock chart. With Hope Sandoval & the Warm Inventions she released the albums Bavarian Fruit Bread in 2001 and Through the Devil Softly in 2009. The band's album Until the Hunter was released in 2016 and reached #2 on the US Heatseakers chart. Sandoval also plays the harmonica, guitar, percussion, keyboards, and glockenspiel. 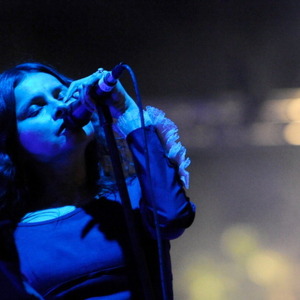