Matt Skiba net worth: Matt Skiba is an American singer, songwriter, and guitarist who has a net worth of $3 million. Matt Skiba was born in McHenry, Illinois in February 1976. He is best known for being the co-lead vocalist and guitar player for the rock band Alkaline Trio. Skiba has also been a part of his side-projects Heavens and The Hell.

Alkaline Trio formed in 1996. Their debut studio album Goddamnit was released in 1998. The band has released a total of eight studio albums. Their 2003 album Good Mourning reached #1 on the US Independent chart. Their 2010 album This Addiction reached #1 on the US Independent, US Rock, and US Alternative charts. Their 2008 single "Help Me" reached #14 on the US Modern Rock chart. Skiba also released one album with Heavens and two with The Hell. He has also released three solo albums and has appeared with artists such as New Found Glory, Say Anything, and Rise Against. He will fill in for Tom DeLonge who is leaving Blink-182 at the Musink Festival in Costa Mesa, California in March 2015. 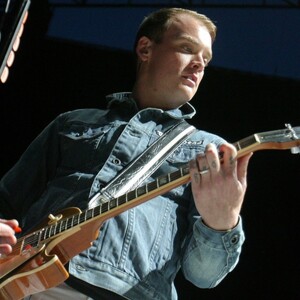