Alex Ebert net worth: Alex Ebert is an American singer-songwriter and composer who has a net worth of $4 million. Alex Ebert was born in Los Angeles, California in May 1978. He is best known for being the lead singer and songwriter for both of the bands Ima Robot and Edward Sharpe and the Magnetic Zeros.

Ebert has also scored films and won a Golden Globe Award for Best Original Score for All Is Lost in 2014. Ima Robot formed in 1998 and has released the albums Ima Robot in 2003, Monument to the Masses in 2006, and Another Man's Treasure in 2010. Edward Sharpe and the Magnetic Zeros formed in 2007 and released their debut studio album Up from below in 2009. Their album here in 2012 reached #5 on the Billboard 200 chart. The band has also released their self-titled album in 2013 and the album PersonA in 2016. Their most successful single is the song "Home". Ebert also released the solo album Alexander in 2011. 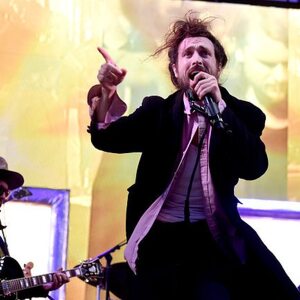